How the First Start program is skilling Queenslanders

In 2009, Justin Hancock, then a high school graduate, began his First Start Traineeship with Mt Isa City Council. For the young Mt Isa local, the traineeship offered an entry into the breadth of council operations and the behind-the-scenes administration of a busy regional community.

Twelve years later, and the First Start program has proven to be an important foundation for Justin and he is now employed as the Chief Executive Officer of Quilpie Shire Council. 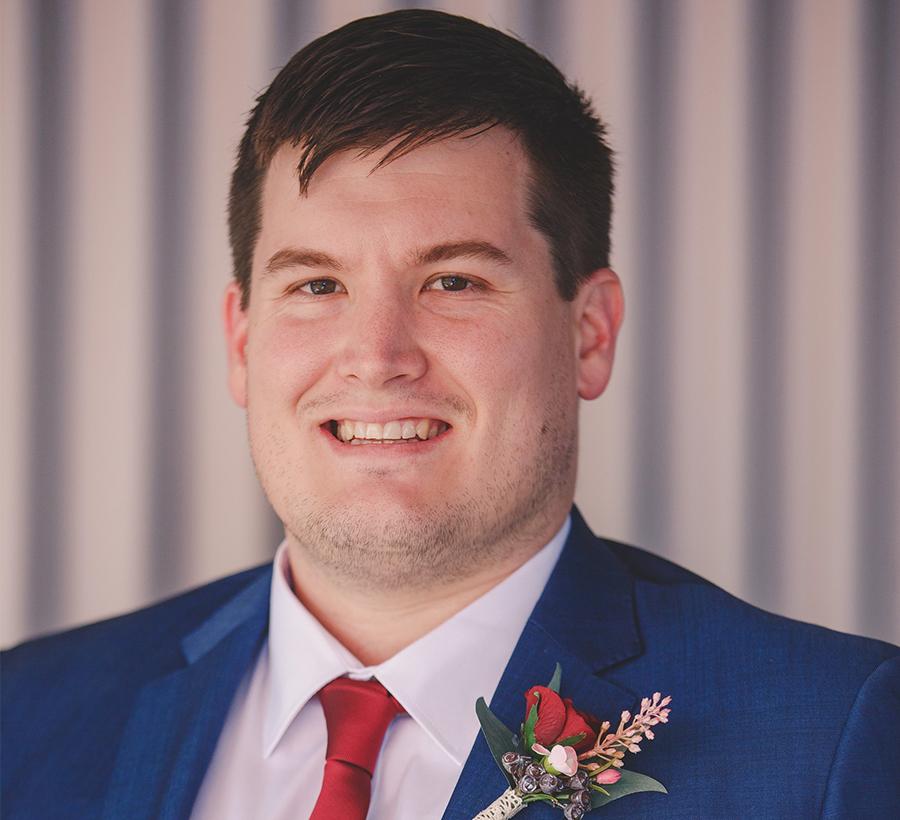 “During the traineeship I got to experience all areas within the finance section, so accounts payable, receivable, rates, the audit process, and other admin areas like records and customer service experience,” he said.

"I got to have a go at everything and got exposure to everything in the finance and admin area.”

The program turned out to be such a good fit for Justin that he was then transferred to the council’s cadetship program, which he completed alongside his studies in business, law and accounting at James Cook University.

“The traineeship was a 12-month program and then council signed me up to a cadetship program to go to university from there,” Justin said.

“I was the first cadet to go through their program.”

In terms of mentors and support, the traineeship and subsequent cadetship offered plenty of opportunities for Justin.

“I worked closely with the full-time people in all the areas I worked in,” Justin said.

“The acting manager also took an active role in mentoring me in the transition from the traineeship to the three-year cadetship and helped me understand the requirements of the cadetship and then later helped me transition to a full-time finance officer role.”

After working for nearly three years as a finance officer, and six years in total at Mt Isa City Council, Justin then moved to Mornington Island where he became the manager of finance and administration. He was employed there for two years before moving to Carpentaria Shire to take up the role of manager of finance and administration and eventually director of corporate services, before moving to his current position as CEO of Quilpie Shire Council. By working in regional communities, Justin said he is able to see projects through to completion and has always been engaged in a wide scope of work.

“By both staying regional and doing the traineeship I was lucky to be exposed to lots of different areas in rural councils,” he said.

“The work has definitely been diverse, and it keeps things very interesting and new. Also, the projects that you deliver—you get to see the results firsthand either by seeing them in the community you live in—you pass the projects every single day on the way to work—or by speaking to people in the street. It’s very rewarding when you get to deliver those projects and get to see how the community progresses forwards.”

As a former trainee and now CEO, Justin says the benefits for both the trainee and the community is evident.

“Having that year and being able to work for council … I had an idea of what I wanted to do after high school, and it was a great way to reassure myself and spend the time confirming that yes, this is the career choice I want to make,” Justin said.

“I would highly recommend the program, especially in the small communities where council is one of the largest, if not the largest, employer. It’s a good way to get people into the organisation … understand what career paths are on offer and provide that initial direction as to how people want to progress their career.

“For the community it’s a way of making sure we’re keeping people local … rather than having to make a choice to move away for work it provides a working opportunity to keep people local.

“A lot of people want to rush straight off to university and not want to come back. That is the challenge in small remote communities. You hope people go away and study then come back and apply what they have learned in the community, but a lot of peopledon’t return. The traineeship provides an opportunity so that after they go to university and finish their studies, there are options within the local government area.”

Completing an apprenticeship can be a tough slog. The wages are low and when you live in a remote community where the cost of living is high, it can prove even more challenging. But as Lockhart River apprentice turned Councillor Alistair Bowie can attest, those challenges are worth it in the end as having a trade can open doors that would never have opened otherwise. And now, with his apprenticeship firmly under his belt and a new career as a local councillor just beginning, Cr Bowie plans to help other Lockhart River locals follow in his footsteps. 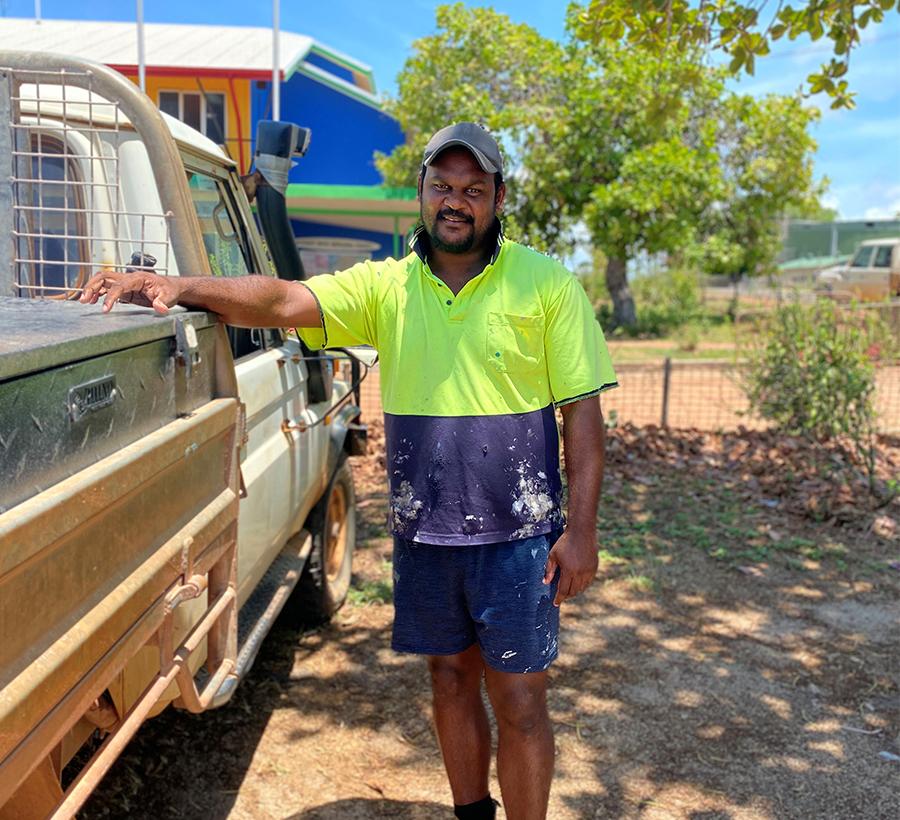 He said he had always dreamt of completing an apprenticeship in carpentry. But with jobs scarce at home, Cr Bowie moved to Napranum to be with his partner and at the age of 24 he finally got the chance.

“At the time, there wasn’t much of a job in the community. All I wanted to do was acarpentry apprenticeship,” he said.

“I left the community … and I did a construction course in Napranum.

“I found myself working for the council and they offered me an apprenticeship through MiHaven [training].

“I worked with them for two years before I felt homesick. I came home and finished my training here [in Lockhart River].”

Cr Bowie built several houses in Napranum and four to six in Lockhart River during his four-year apprenticeship, including the one he, his partner and their three children now call home. He said completing an apprenticeship had not been an easy road at times with working long days for little pay proving tough.

“Sometimes I wanted to walk off it, give it up, but I had already done two years and I only had another half to go. I just stuck it out.”

Having several of his friends also completing an apprenticeship at the same time helped him to stay the course and he is so glad he did.

“It has opened a lot of doors for me,” Cr Bowie said.

That includes the doors to opening his own business and to the Lockhart River Aboriginal Shire Council where he has sat as a councillor since being elected in March 2020. 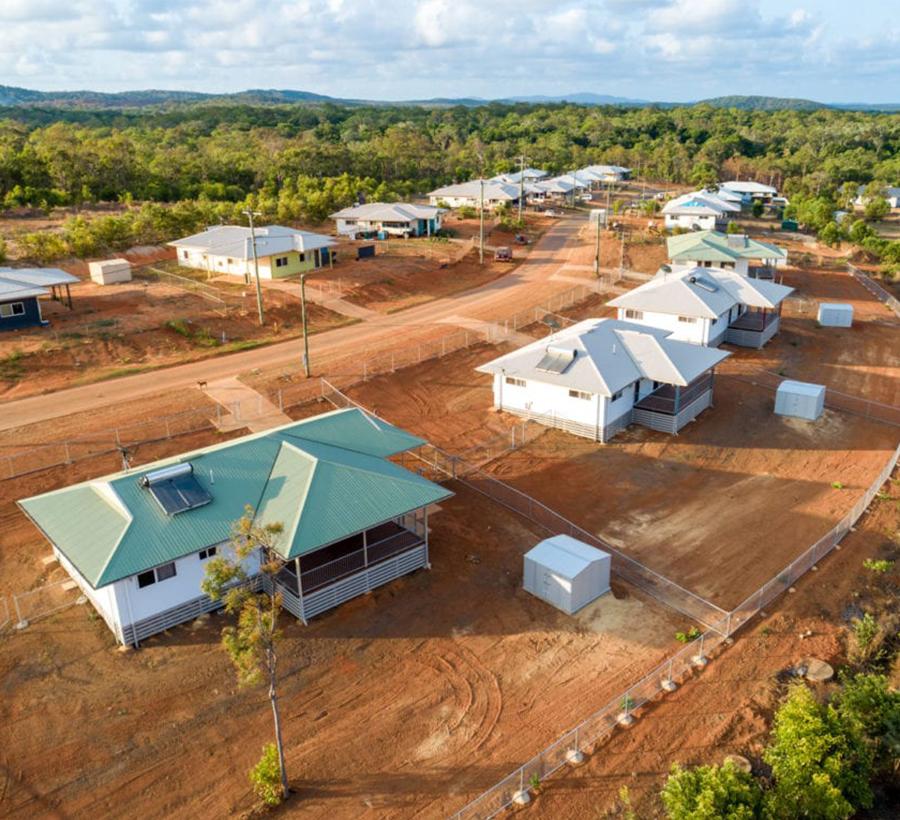 Cr Bowie, now aged 30, said he was encouraged to put his hand up for election after hearing the community calling for more young leaders to “step up”.

“Every time we have a council election it is always the older councillors who get in and the community is always saying ‘you young ones need to step up and start leading’,” Cr Bowie said.

“That made me start thinking I should give it a crack and use it as a learning curve while we have all the good councillors on board like the Mayor [Wayne Butcher] and Norman [Bally].

“I just wanted to give it a go, put my hand up as one of the youngest candidates and be a role model for the community.

“I wanted to start making changes. A lot of boys my age just stay home. I wanted to show them that once you make up your mind and set a goal and just go for it, you can achieve it.”

The next step for Cr Bowie is to help other Lockhart River locals complete an apprenticeship like he did.

“A lot of boys are very keen to do it. I have told them it is not going to be an easy, smooth road,” he said.

“There are ups and downs and some years you will just want to walk out because the wages on an apprenticeship are not much, especially living here in the community. But at the end it will pay off. You will get your trade.

“My next step is to grow my small business and employ more local boys, training them so they can get their trade.”

The LGAQ has now been administering the First Start Program in partnership with the Queensland State Government since 2001 (20 years this year).

The administration involves collecting and assessing bids from councils, meeting with the department, crunching the numbers and then allocating positions.

The LGAQ also runs a helpline that provides anyassistance that is required with the program. It’s a partnership, says LGAQ First Start administrator Geoff Bush, that is skilling the local workforce and providing real opportunities.

Currently 65 councils have taken positions with the program, and at some stage over the life of the program, every council has participated in the program.

Councils can bid for as many positions as they choose, depending on their capacity and resources available to support the trainee.

Currently, the program provides $15,000 per trainee, with the council providing the rest of the funding. For the period 2020-2021, 400 positions have been allocated.

“The program supports the retention of people particularly in those remote communities and regional centres,” Mr Bush said.

“That’s a real plus because there is a drain on rural and country areas to big cities.”