LGAQ communications advisor and journalist, Kim Skubris, recently spent a week with councils in northwest Queensland supporting staff, co-ordinating media, and generating positive news stories. Here she reflects on the importance of sending the right message to the right people, during an unforgettable week.

The fourth generation grazier looked at me directly, with tears in his eyes. 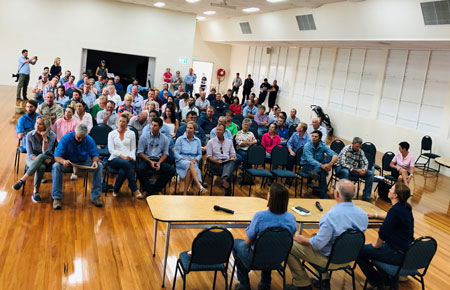 But his handshake was as strong as ever.

These are the same hands which have nurtured livelihoods and livestock in drought, helped keep families on the land, and are now being raised up for help in flood.

There is so much heart in northwest Queensland communities left heartbroken from catastrophic floods.

I joined an LGAQ disaster support team mid-February to lend a hand as a communications and media advisor across outback shires devastated by unprecedented monsoon rains.

I spent my early years as a broadcast news journalist for the Seven Network based in Townsville. The northwest is one of my favourite stomping grounds.

People in this beautiful part of Australia generally don’t like to make a fuss, and quite frankly, from what I’ve witnessed, neither do the Mayors and councillors.

Generally, a conversation with me starts with, “Skubes, there are others doing it tougher than us. Are they okay before you worry about our needs?”

They just get on with the job, with their communities’ best interests at heart, despite what might be happening on the home front. 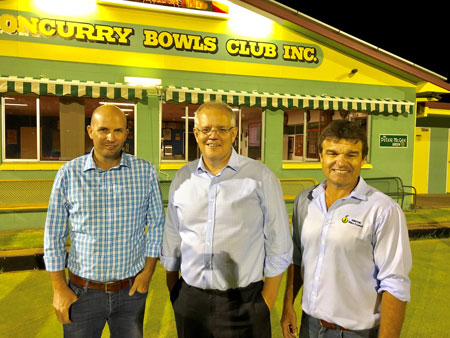 When welcomed rain turned into a cruel disaster of catastrophic proportions these leaders stepped up, and stepped away from the heartbreaking challenges on their properties to support their towns.

The extraordinary leadership of Mayors and councillors across the flood zone didn’t escape the Prime Minister as he toured Cloncurry and Julia Creek.

During a media conference Scott Morrison said, “I want to commend the Mayors and councillors from across the entire flood zone on their leadership while they are also experiencing personal hardship. I don’t want to rush to failure and must consider our recovery efforts which will be driven through the local councils.”

The huge efforts of local government are not isolated to the flood zone stretching inland from Townsville.

Across Queensland, councils have offered a helping hand and resources, which LGAQ continues to co-ordinate to ensure the right people are going where they are needed most.

The recovery effort is massive and I will never forget my first day.

Stretching kilometre after kilometre, alongside a long, in parts broken, bitumen Flinders Highway heading into Julia Creek, the gut-wrenching scenes of dead livestock and wildlife were confronting.

But despite so many sad stories, residents are doing their best not to be dragged down in the misery.

They say the muddy landscape, littered with dead animals, will not stay like this for long, and they must now look to the future.

Assisting the local councils and communities with their communications strategies is humbling, and a privilege.

Their outback hearts stick with you, long after they leave to face another long day.

It drove me to ensure the right public messages were reaching the right people in the most powerful way to help steer State and Federal Government attention to the most urgent of matters. More importantly, it also gave locals a reason to smile.

The power of storytelling was apparent everywhere I travelled.

I spent many hours listening, and shedding a tear, with inspiring, down to earth people.

The feedback from flood victims was they needed some positive news amongst the sadness to lift spirits. With the support of the amazing media and communications team at LGAQ in Brisbane, we began sharing stories giving hope and a little happiness.

Check out “Beryl the Brahman” on Facebook if you haven’t heard this yarn. We ensured Seven News, ABC and The Courier Mail were across it.

While communities continue to count the cost of the floods, they are also on a mission to rebuild properties, save livelihoods, and encourage visitors to support the future of their home towns.

They don’t want visitors to turn their backs on the outback. They want tourists to tour the north and enjoy its magnificent coastline and inland scenery.

In coming months, travellers’ dollars will be needed more than ever.

The long term ripple effects on local economies will be significant.

This goes beyond the farm gate. The fallout from the floods will be felt across Australia.

As donations pour in, attention is turning to emotional wellbeing.

Local councils are ensuring people are supporting one another, and have each other’s backs.

There is a long road ahead to recovery.. but this rugged heartland of Australia will come back fighting and stronger than ever..

..just try to tell these people anything else.

Kim Skubris has been a broadcast news journalist with the Seven Network for 26 years. Since going freelance, she has grown her communications consultancy and works with Peak Services to provide media, public speaking, and communications advice to the local government sector.