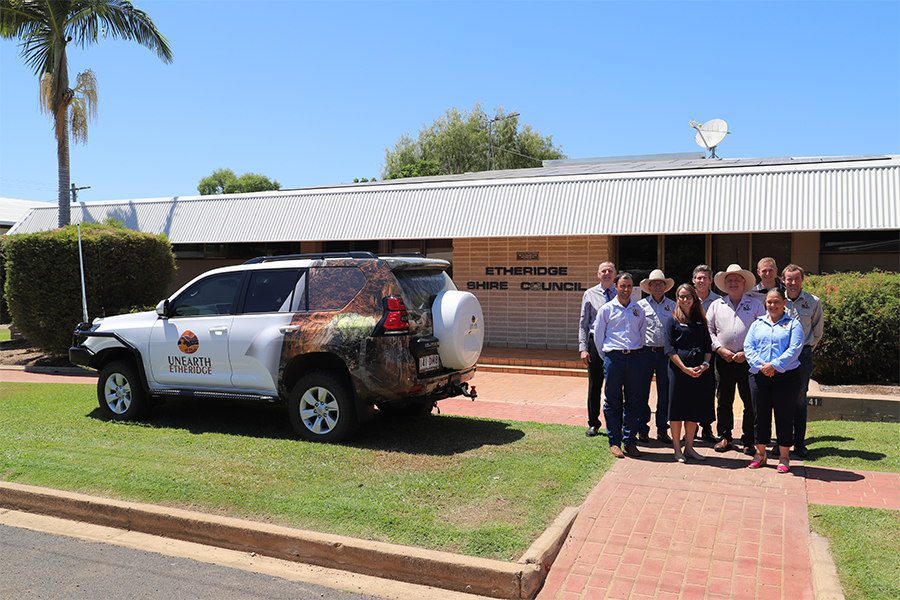 It’d be an unassuming leader in the carbon-positivity space if it weren’t for the massive renewable electricity generation and storage source in its backyard – Genex’s Kidston Pumped Storage Hydro Project (K2-Hydro) – part of the Kidston Clean Energy Hub.

The K2-Hydro Project has a completion date of March 2024, after which Etheridge Shire Council CEO Ken Timms says the entire local government area of Etheridge will be carbon-positive.

But, it’s Council’s motivation and clever steps towards carbon reduction in the past 12 months, and its plans for the meantime, that provide great inspiration.

“Not everybody’s going to have a generation source like Genex’s parked in their backyard,” Mr Timms says.

“But ultimately it doesn’t cost much just to do an emissions audit and find out where you are.”

Etheridge Shire Council has completed a carbon emissions report for the Council itself, with Mr Timms saying, “we’re about 6,900 tonnes, so we can easily offset that”.

“Ninety per cent of that is actually transport – emissions coming from diesel – which kind of surprised me.

“It’s good for where we want to be, council-wise, because our next step is to do a profile on the whole community of the shire.”

This is a task Council had previously thought unfeasible.

“We never thought we’d be able to do a community profile because of the amount of cattle we have,” Mr Timms says.

“But you don’t actually go out there and measure each beast and the amount of methane they’re pumping out.

“It’s calculating the thousands of head, the land mass and other factors [which a third party has assisted with].”

Mr Timms says Etheridge wants to prove to everybody that “you can still have a cattle industry and an agriculture industry and still be building roads – and still be doing the right thing as far as the environment [is concerned]”.

“We wanted to do it because this is where the Federal and State governments are heading and, with us being the third tier of government, we should be pulling our weight just as much as anybody else,” he says.

“We just looked at it differently. We want to look at the opportunities and the positives rather than thinking about all the bad stuff that the press comes up with.

“Do an emissions audit and this will allow you to have a comparison against some other organisations and councils."

Data-wise, Etheridge is compatible with Douglas Shire, which Mr Timms says he’s happy about because, as it’s a ‘very green’ council.

“That’s even without Genex, just emissions as a council, based on area, population, budget spend and everything like that,” Mr Timms says.

“It opened my eyes up to what’s achievable.”

Etheridge is now planning to ‘tweak’ how it operates to be more carbon-friendly and is investigating adding solar to Council buildings, doing cultural ‘cool’ burns in the savannah landscapes and looking at ways to offset its transport costs.