From Coolangatta to Cape York and the Torres Strait, from Burketown to Bundaberg and beyond, Queensland’s 77 mayors have spoken as one against domestic and family violence (DFV), declaring ‘not in our backyard’.

Every one of our state’s local government leaders has pledged their support for the Local Government Association of Queensland’s (LGAQ) ‘Not in our Backyard – stop abuse at the start’ campaign. 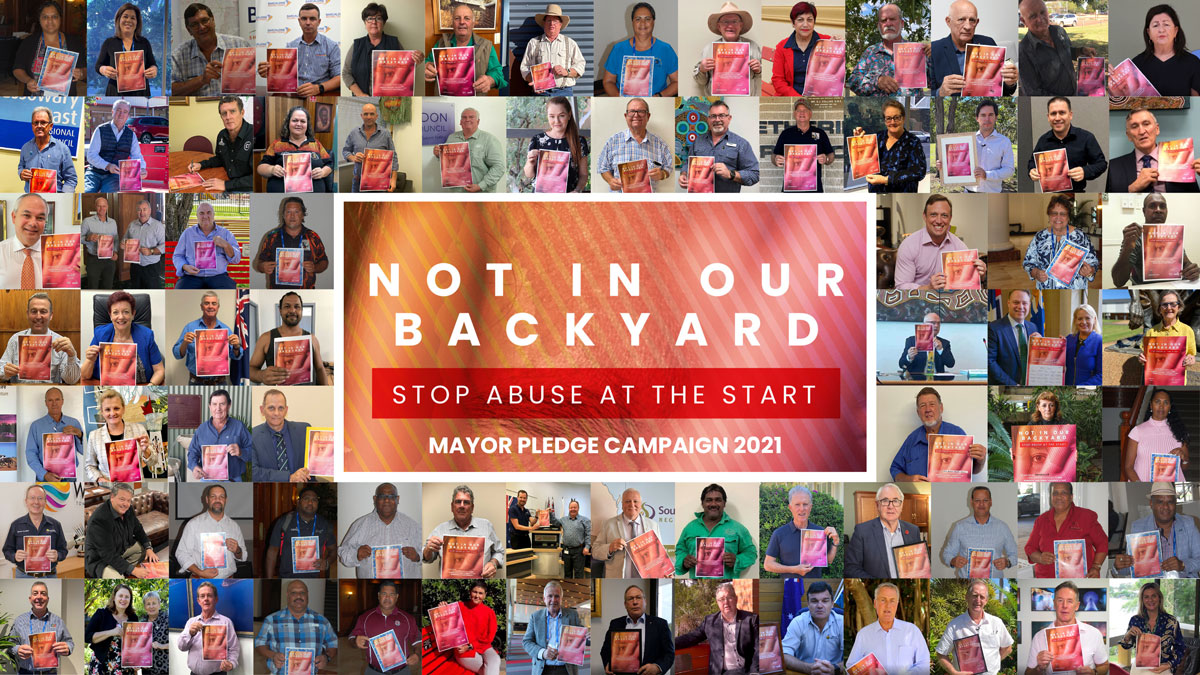 Campaign posts across the LGAQ’s social media channels reached almost 225,000 people and were shared more than 280 times, with many mayors also using their own social media to amplify the ‘Not in our Backyard’ message.

“This is a powerful example of local governments standing shoulder to shoulder to highlight an important issue for all of our communities and making a strong statement that domestic and family violence will not be tolerated – ever,” Mayor Jamieson said.

“Having all 77 Queensland mayors back this campaign sends this strong and unequivocal message.

“It also says that the level of government closest to Queensland’s communities supports every effort to eradicate this problem.”

The ‘Not in our Backyard – stop abuse at the start’ campaign was created to embed cultural change in local government workplaces and communities in response to the ‘Not Now, Not Ever’ report, which urged all levels of government to act if DFV is to be truly addressed.

It is a key measure developed through a partnership with the Queensland Government, which includes the creation of a Domestic and Family Abuse Project Officer role, funded by the Department of Justice and Attorney-General and delivered by the LGAQ.

The Hon Shannon Fentiman, Attorney-General and Minister for Justice, Women and the Prevention of Domestic and Family Violence said local government play an important role in addressing DFV.

“It is so important to have leadership on this issue and I thank all the 77 Queensland mayors for providing their support,” Minister Fentiman said.

“This achievement demonstrates the value of a partnership approach between the Department of Justice and Attorney-General and the LGAQ.”

The LGAQ – the peak body representing all councils across Queensland – plans to build on the success of this campaign by continuing to provide support to councils as they address DFV in their communities.