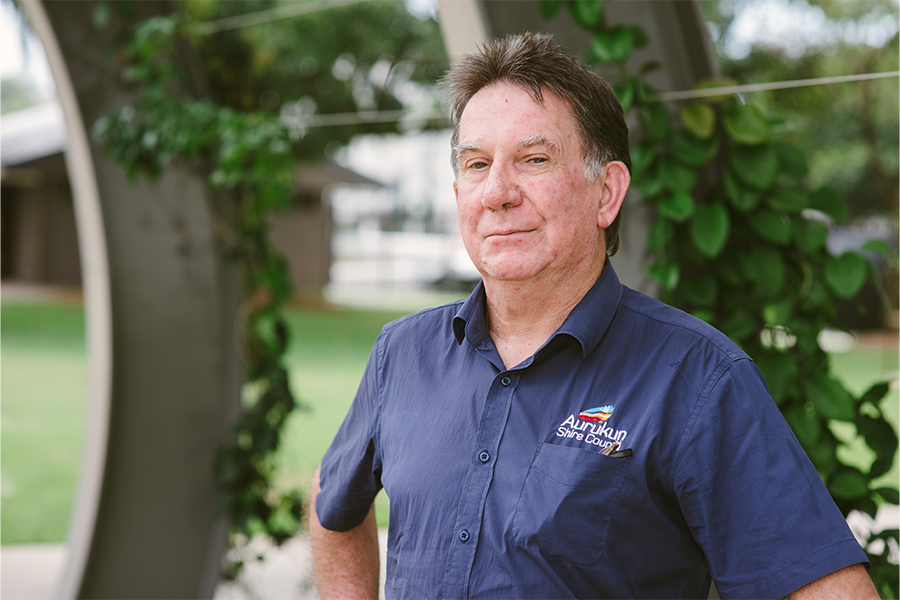 Mr McCarthy has been the Council’s CEO for the past nine years and was Grants Officer for 20 months in 2003-2004.

He received a Public Service Medal in 2017 for his service to local government.

Aurukun Mayor Keri Tamwoy thanked Mr McCarthy for his service to the Aurukun community which culminated this year with the opening of the $2.9 million Aurukun Airport Terminal on October 19. 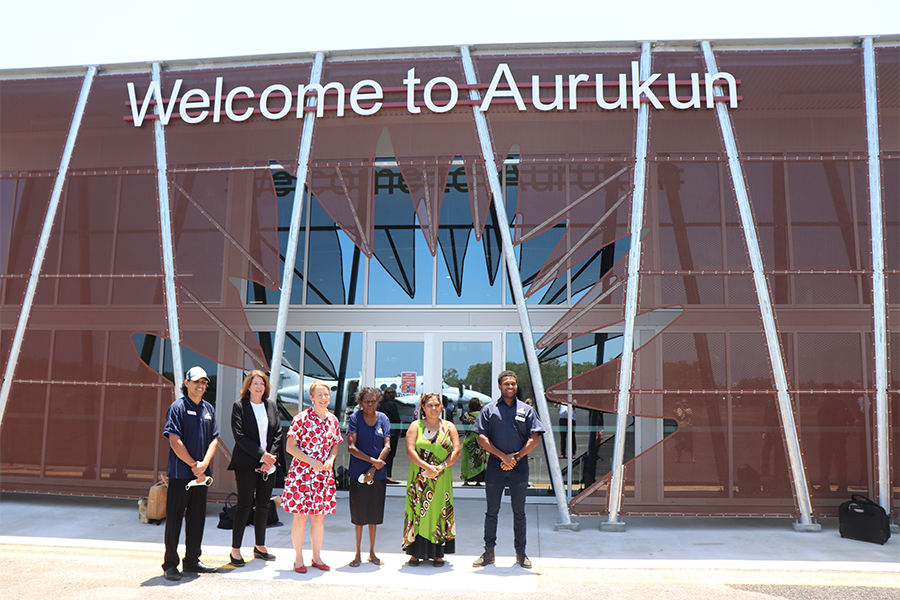 “During his time in Aurukun, Bernie has overseen the installation and redevelopment of key community infrastructure designed to improve the living conditions of the 1200 residents of our remote township,” Mayor Tamwoy said.

“These projects have included the installation of CCTV, lobbying for high-speed internet, the development of the Business Centre and Chivaree Aged Care Centre, the re-opening of the swimming pool which has been transformed into the splash park, and the refurbishment of the former tavern as a community centre.”

Mr McCarthy said he had enjoyed watching the growing demand for art from the Council’s Wik and Kugu Arts Centre and seeing the social benefit from the expansion of the community event program.

“It has been a pleasure to be part of a proactive council that looks for initiatives to create local jobs and improve safety and liveability in a remote community,” he said.

“I’m proud to have assisted the community by playing a role in a number of projects including the development of the Community Safety Plan, the upgrade of Wuungkan Lodge and the development of work camps, the new cemetery, upgrades to staff housing, a review of local laws, and the expansion of Council’s communications through video conferencing and Facebook.”

Bernie’s first job in local government was as a labourer for the McIvor Shire Council in Victoria. However, he left his home town to enter administration beginning work on 4 January 1971 with the Seymour Shire Council.

After 20 years’ work in Victoria, Bernie took a contract position as deputy CEO on Mornington Island in 1992. He enjoyed working with the local people, loved the traditional art, and still says the fishing was the best he has ever experienced. It was the start of 30 years working in remote Indigenous communities in Queensland and the Northern Territory.

A keen global traveller, Bernie enjoyed learning about different cultures. While working for the now defunct Yulara Shire Council in Central Australia, Bernie met his wife Wendy and ran in the Olympic Torch Relay. His son Bryn was born in Darwin while Bernie was working on Bathurst Island, while daughter Kate was born in Cairns and lived in the Torres Strait where Bernie worked for more than six years.

“Bernie is proof of what a career in the local government sector can offer — and that’s career acceleration and diverse roles in unique places.

“As a keen traveller, a career in local government has meant Bernie has visited — and lived in — extraordinary locations.

Aurukun Shire Council will announce a new CEO before the end of the month.