Multicultural Month kicks off in Cairns

A month-long celebration of multiculturalism is kicking off in Cairns this weekend to celebrate the region's diversity.

From Indonesia to Croatia, and Haiti to Japan, Cairns will be celebrating its many cultures with a host of festivals, story times and exhibitions during August for Multicultural Month.

The Indonesian Festival will kick off celebrations this weekend with a day of dance, food and diversity on the Western Lawn of the Esplanade on Saturday (7 August). 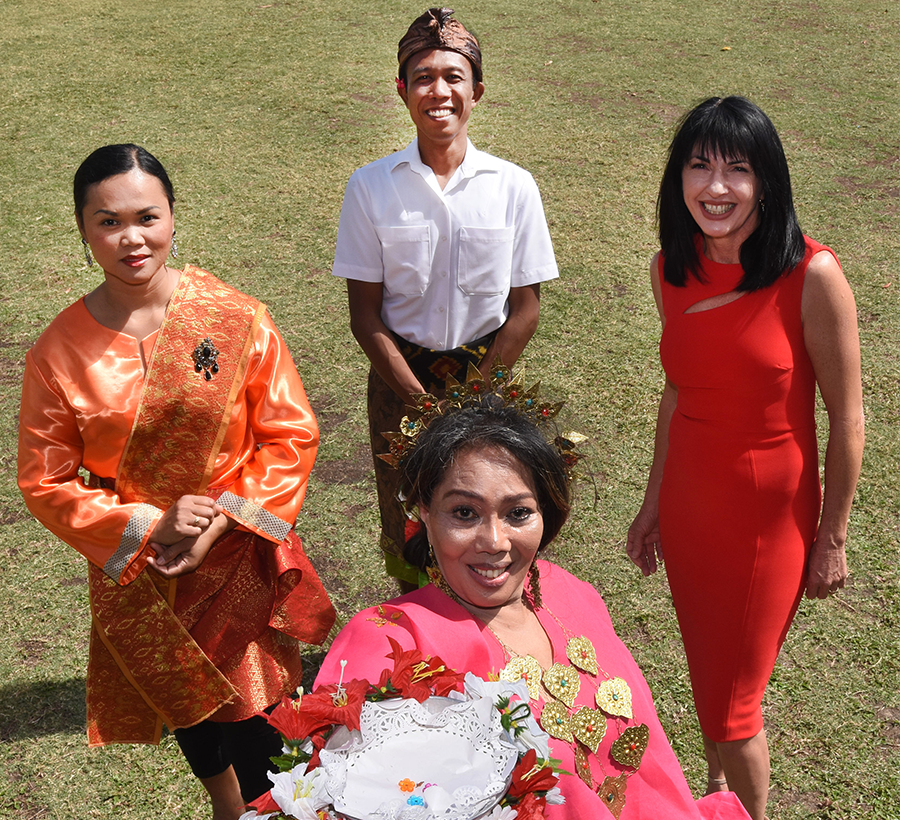 In coming weeks, the Cairns Hindu Samaj, Japanese Society of Cairns and the Cairns Multicultural Association will also host festivals at a variety of locations throughout the city.

“Cairns truly is a multicultural place where our many cultures add so much to our community,” Cr Manning said.

“Just one third of Cairns people list their ancestry as ‘Australian’ with the remainder of residents tracing their immediate ancestry to more than 120 different nations.

“We speak 72 different languages in our homes and around a fifth of people in our community were born overseas.

“In fact, later this month we will have the biggest citizenship ceremony we have ever hosted, with 340 people from 39 different nationalities to become citizens at the Cairns Performing Arts Centre on 24 August.”

“Indonesia itself is a multi-cultural, mutli-language, multi-religion country and our 200-plus Cairns Australian-Indonesians come from all over,” Ms Hitchcock said.

“The festival gives us a chance to share our culture and to keep connections strong for Indonesian Australians.

“We also see many Australians at the festival who have lived in or visited Indonesia and enjoy experiencing the culture and the food again in Cairns.”

“Without being able to leave the country, our multicultural communities are bringing the world to Cairns for everyone to experience,” she said.

“Council recently committed to the Welcoming Cities program and events like these are a practical step towards further embracing diversity, fostering social cohesion and enhancing our region’s multicultural focus.”

Cairns Libraries and art galleries are also running a diverse and international program of activities throughout the month in collaboration with storytellers, artists and speakers from all corners of Australia and the globe.