With Aussies holidaying at home for the foreseeable future, there’s a hot new attraction in the  Outback Shire of Burke that is set to draw visitors – a balloon ride over the Gulf region’s extraordinary landscape.

“The salt pan areas are so vast that when you land, it makes you question if there is life on Mars after all,” Burke Shire Mayor Ernie Camp says. 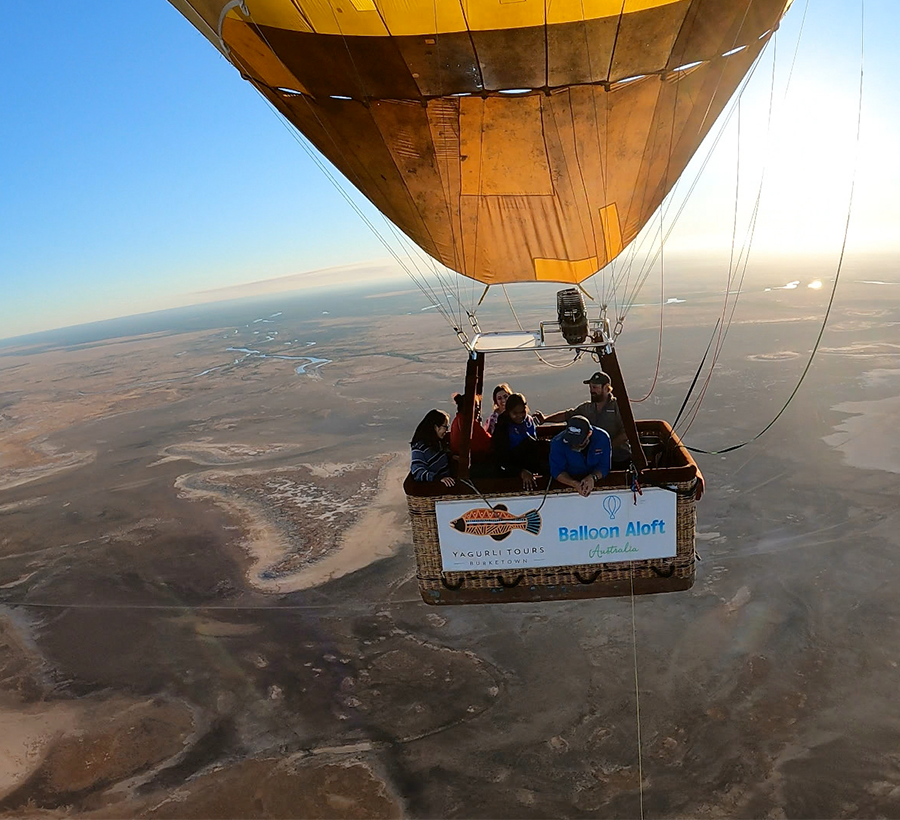 Mayor Camp is so enamoured with the new tours, which are in partnership with local Indigenous business Yagurli Tours and Balloon Aloft, that he recently switched out the car for a sky-high commute. 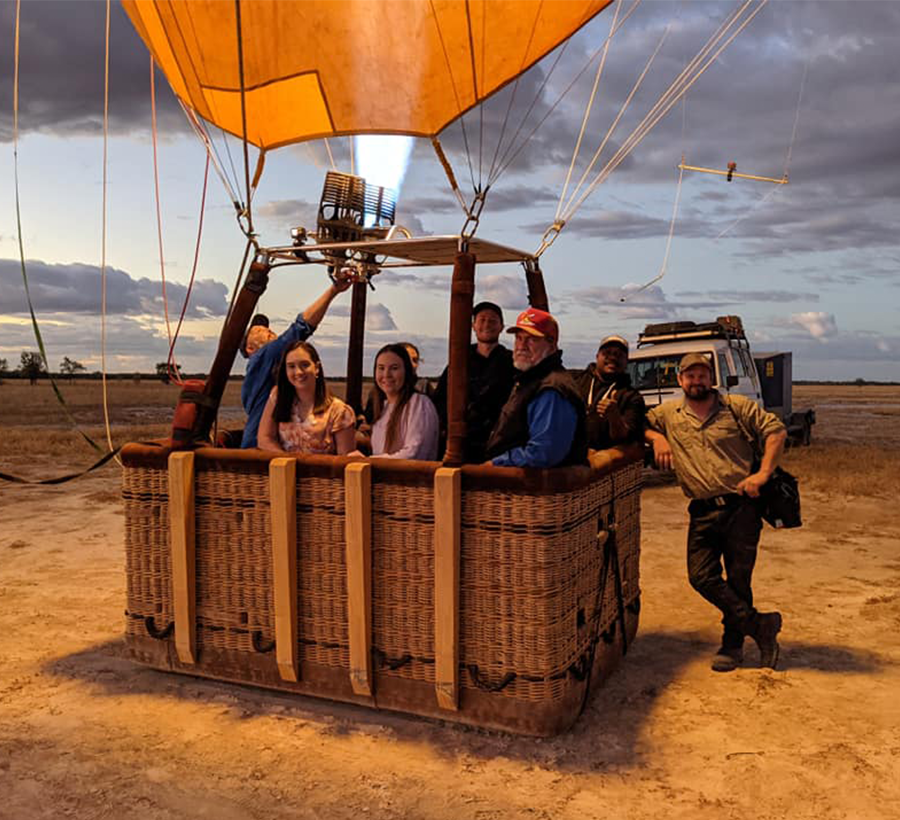 “I was coming in for the Queensland Construction Authority’s big map workshop, which identifies areas of concern during an event be it flood or fires, and I thought well, they may have a big map, but I thought there’s no better way to come to a map workshop than on a big balloon,” Mayor Camp says.

“They had a big map in the hall at Burketown, but I do believe I had a bigger map than they had!”

Mayor Camp said that for his commute, they didn’t go up too high – just 300 metres – but that it allowed a great view of the Albert River and its tributary systems. 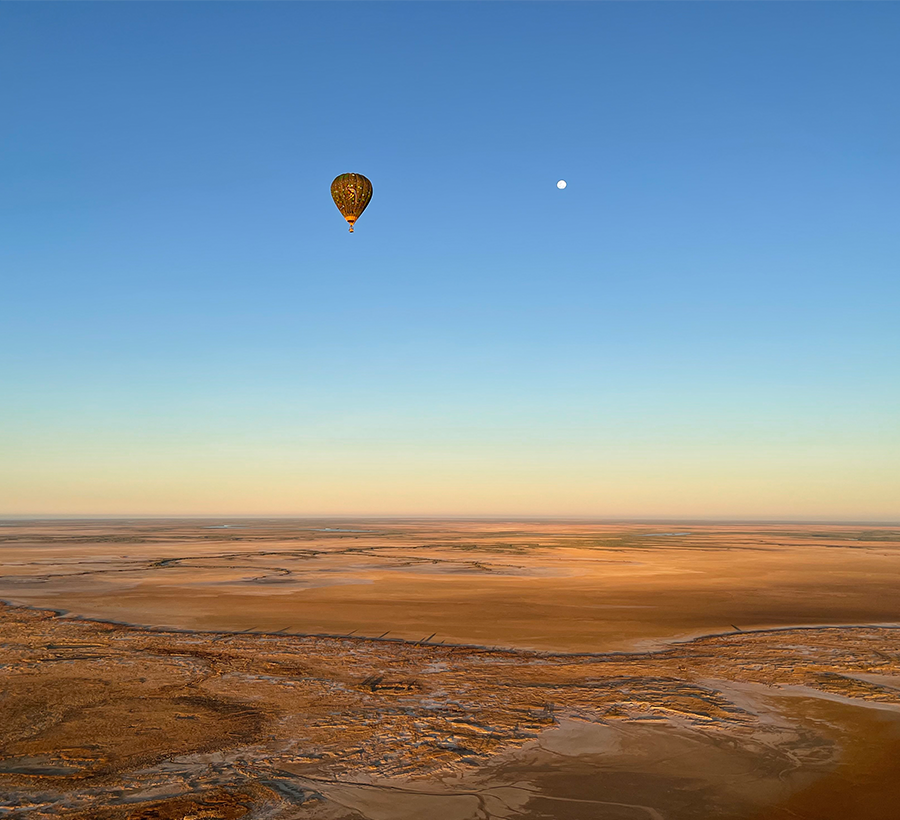 The area is topographically unique in a number of ways: its snaky river system, vast salt pan systems, national park and world- fossil areas. Then there’s the flatness of the area, which makes it perfect for the tours from a safety perspective.

“The tours have been beyond the expectation of those running them,” Mayor Camp says.

“One comment I’ve gotten from a couple of pilots is it’s one of the best areas to go ballooning. 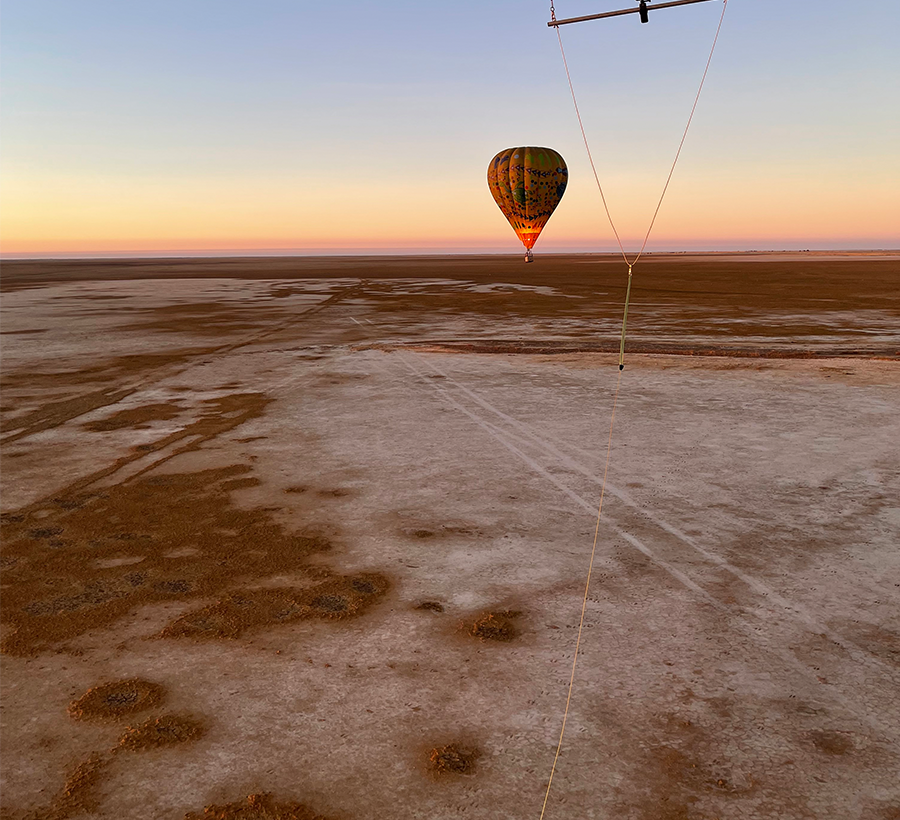 “The lack of infrastructure such as powerlines, although we might regret it sometimes, is certainly an advantage. There’s actually no hills in the lower Gulf, which has made it very safe, and what has astounded me is the smoothness of the ride and the quietness of it when the burners were going.

“They’ve done a lot of study into the weather and what the wind’s going to do.

“On one level, the wind’s going to be blowing in one direction, and then in a couple hundred metres it’s going in another direction, so you have got some steerage.

“That gets you out of landing in a river full of crocodiles.”