Logan City Council has unveiled a project that could dramatically reduce the carbon footprint of wastewater treatments plants across the world. Council along with project partners Pyrocal and Downer, has perfected a method that turns into energy through gasification.

The partnership has been trialling the process, that sees sewage sludge (biosolids) baked in extreme temperatures to produce biogas, for about a year. The biogas is then used to heat the remaining biosolids, turning it into a ‘biochar’, suitable for agricultural purposes.

Logan Mayor Darren Power has described the successful trial at the Loganholme Wastewater Treatment Plant as a ‘huge win’ for ratepayers and the environment.

“Every day the plant sends three truckloads of treated waste to the Darling Downs to be used as a soil conditioner,” Cr Power said.

“The gasification process perfected at Loganholme will reduce the volume of biosolids by 90 per cent and help our farmers.

“This will save ratepayers around $500,000 annually while significantly reducing our carbon footprint.

“Council’s water business Logan Water and development partners Pyrocal and Downer deserve great credit for coming up with such an innovative solution.” 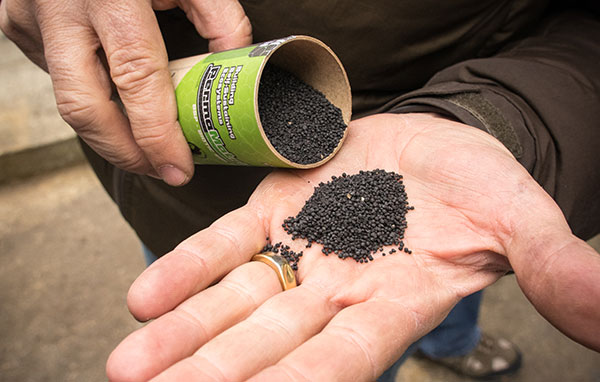 Biochar is a stable, carbon–rich form of charcoal that is applied to soil.

“Using synthetic gas in this way in something that hasn’t been tried before so everyone has been watching to see how it would pan out,” Cr Lane said.

“To be able to say that this technique was perfected in Logan is something we can all be proud of.

“This is a game-changer for the industry and it was developed and trialled right here in Logan.”

The process will reduce CO2 output by 4800 tonnes annually and prevent organic pollutants from entering the soil.

Council is exploring opportunities to market the biochar.