Domestic and family violence: When home isn’t a haven

Between 2014 and 2016 there were 219 victims of domestic homicide in Australia, with the effects felt by victims, their children and family and the wider community.  Domestic and family violence, under Queensland law, includes behaviors that are “physically, sexually, emotionally, psychologically or economically abusive, threatening, coercive or aimed at controlling or dominating another person through fear” (DFV Protection Act 2012).

Where does domestic and family violence occur?

There is also a strong correlation between family crime and poverty. Elspeth McInnes, a senior lecturer at the University of South Australia says financial dependence on violent partner and inability to mobilise key services are two of the reasons we see an increase level of domestic violence in lower socio-economic areas, "when you are living on a low income, you rely on the violence being stopped by police intervention." 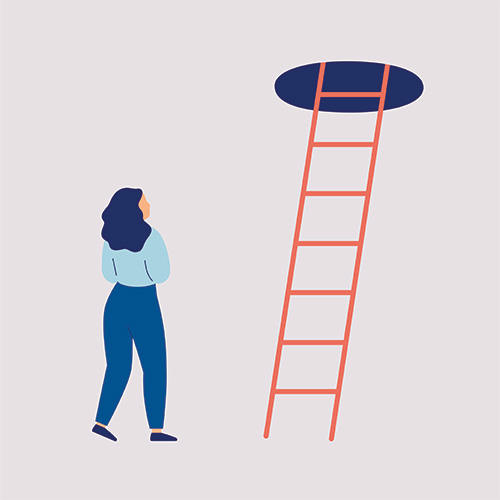 During the COVID-19 pandemic, calls for help to DFV services from have increased globally.

Signs and patterns of domestic and family violence

Of all the abusive behaviors described in the definition of DFV, the impact of emotional and psychological abuse is often not fully recognised or understood. For many, the perception of an abusive relationship is one characterised by violence alone. There is now a recognition that psychological and emotional abuse often leaves a victim with devastating long-lasting effects such as anxiety, depression, and PTSD. Victims of abuse have reported that this impact can continue to be experienced many years after the relationship has ended.

Emotional and psychological abuse is motivated by a need to coerce and control. It can come in many forms and often is missed by friends and family. Often a victim may not recognise they are being abused. Some of the major signs of coercive controlling behaviours are:

The combination of these behaviours is designed to gain control over a victim and coerce them into behaving the way a perpetrator desires. What makes DFV so devastating for victims is the sinister motivation of these actions is not always evident, and whether a relationship is abusive is not always immediately obvious.  In the recent horrific case in Camp Hill Brisbane, the family of Hannah Clarke and her children reported that “not all domestic abuse is physical’ and that Hannah questioned for years if she was in a domestic violence situation.  The family reported that Hannah said, ‘I was thinking it wasn’t abuse because he never hit me’. The family spoke about their desire to “raise awareness of early signs of domestic abuse that are not easy to see’

Domestic and Family Violence during COVID-19

During the pandemic, reports have emerged showing the situation has worsened for many victims. Calls for help to DFV services from have increased globally. In the UK there have been at least 16 suspected domestic abuse killings since the COVID-19 lockdown restrictions were imposed. In Australia, there has been a 75 percent rise in Google searches for help, while a charity in New South Wales has reported a third of new cases are directly linked to the virus outbreak.

Tragically, Brisbane experienced the death of another woman on 30th April, just 2 months after the deaths of Hannah Clarke and her children. Isolation can escalate existing abuse with victims who are forced to spend extended time near their abuser. This is turn could be linked to more calls for help (perhaps in some instances for the first time). However, there is the potential that in other cases the inability to reach out to services due to constant surveillance by a perpetrator may have resulted in the reduction of contact with DFV service providers. 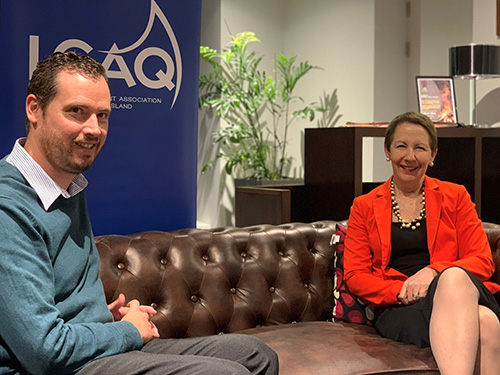 How local government can take action

Councils and communities can play a role here. The solutions to DFV do not rest entirely with emergency services or DFV specialist services. To combat the impact, the community needs to know more about the signs of abuse, including those often-hidden signs of emotional and psychological abuse. Greater recognition and understanding can result in more victims speaking out and less tolerance of the behaviours that often form the basis of emotional abuse. This is relevant during this current period of lockdown as it will be even more so when we exit lockdown and gradually return to less restrictive times.

The LGAQ in partnership with the State Government has recruited a DFV Project Officer to work with councils who would like to do more about the issue. This might be assistance in developing and promoting awareness-raising activities and campaigns. It could also be guidance on how to support their own staff as councils are often the major employer of the community. Work has already commenced, with human resource staff from 21 councils and community officers from 18 councils joining ‘community of interest’ networks facilitated by the DFV Project Officer. The focus of these networks will be increasing awareness of DFV both internally with council staff and with the wider community, sending a message that abuse in all its forms should not be tolerated. These groups will meet virtually every two months and will be supported with a monthly newsletter and exclusive access to an online collection of resources.

Please contact Jim Boden, DFV Project Officer jim_boden@lgaq.asn.au to find out how to join the community of interest groups or how the LGAQ can assist you to raise awareness and take action on domestic and family violence.

Who to call to get help: