Managing the creeping disaster of drought

It’s time the Federal and Queensland governments treated drought like the disaster it can be.

This drought is a disaster. It may have spread slowly. There may have been signs it was coming. And it may be that we won’t witness a drought of this severity again. But it is the slow, foreseeable spread of drought and its devastating impacts that renders the makeshift response of the federal and Queensland governments so unacceptable. As a nation, we could and should be better at planning for and managing drought.

The LGAQ has released its Queensland Local Government Drought Action Plan, which outlines eight actions that would substantially improve the preparedness and resilience of our communities when faced with drought. At its heart, the plan urges the federal and Queensland governments to partner with local government in preparing for and managing drought in the same way that we ready ourselves and manage other hazards, such as floods, bushfires, and cyclones.

While this approach seems logical to councils that are well used to managing all manner of critical incidents, there is an immense reluctance by federal and state governments to deal with drought using the same disaster management governance structure that has been used successfully to deal with severe disruptions to communities caused by other hazardous events, such as the recent floods and bushfires.

Many climatologists argue that drought is not a “natural disaster” because it is a recurring feature of the Queensland landscape that is more predictable than other events such as cyclones, fires, and floods. Yet such arguments completely miss the point: it is not the predictability or likely occurrence of an event that determines whether or not it is a disaster; rather it is the extent to which an event negatively impacts the psychological, social, economic and physical wellbeing of a community and the natural environment.

These factors–speed, predictability and impact–are being muddled in debates over whether drought should be treated as a  “disaster” and it is this confusion that is undermining the development of policies and programs that would mitigate the impacts of drought on businesses, families and communities when it occurs.

To highlight the impact of drought on communities, the LGAQ commissioned a series of interviews with people in the Southern Downs and Wide Bay-Burnett regions who provide brave and moving testimony of their lived experience of drought. Anyone who listens to these interviews will find it difficult to understand why federal and State Government support is not automatically triggered for communities once drought becomes severe. It is also impossible to listen to these interviews with farmers, mothers, teachers, and children and not see this drought as the disaster it is.

In a recent letter to the LGAQ, the now Minister for Agriculture, Drought and Emergency Management, the Hon David Littleproud MP, explained that drought has been excluded from Disaster Recovery Funding Arrangements “because it is not  a rapid onset event resulting in immediate impacts …” Instead, drought is “a natural and recurring feature of the landscape occurring on a reasonably regular basis … As a result, the impacts are gradual rather than immediate and a risk management, rather than crisis management, approach to drought is more appropriate.”

Along with many other people, the Minister is confusing ‘crisis management’–or more usually ‘emergency management’–with  ‘disaster management’. While there can be a degree of overlap between emergency and disaster management, the two are not interchangeable. In simple terms, emergency management is taking urgent, immediate action in relation to a hazardous event, such as ordering evacuations when homes are threatened by floods. However, whether an event is a disaster is not a question of speed but of impact.

Not every flood is a disaster, because even if a flood requires an emergency response it may not cause significant damage. Similarly, not every bushfire demands an emergency response because such a response may not be needed to protect lives or prevent property damage. Moreover, a “risk management approach” to floods, cyclones and bushfires is precisely the approach that Queensland takes in order to reduce the impacts of these events, and it is failures in risk management that can intensify impacts when they occur, such as insufficient fuel reduction in the case of bushfires.

There are some welcome signs that the Federal Government is finally beginning to understand the impacts of drought on communities and councils’ critical leadership role in managing these impacts, particularly through the establishment of the Federal Drought Communities Program Extension.

However, much more work needs to be done so that we have a systematic approach to drought planning, response, and recovery that would minimise the impacts of drought on communities when it occurs.

A critical piece of this puzzle is to place local government, on behalf of its communities, at the centre of decision-making in exactly the same way as we successfully do for other disasters. 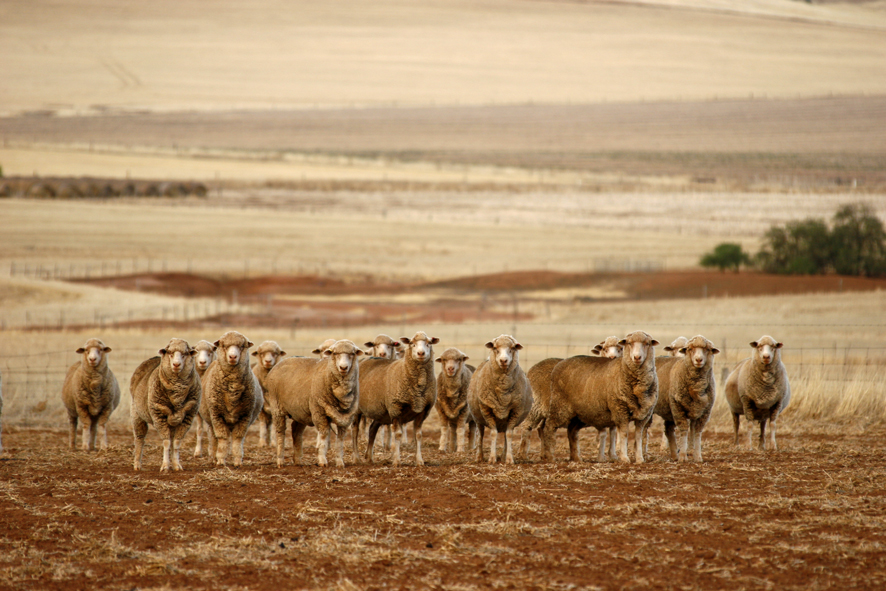 Is the vital role of local government in managing drought finally being recognised?

A recent review of the Federal Drought Communities Program Extension (DCPE) by leading consultancy firm, EY, has provided valuable support for the LGAQ’s ongoing advocacy efforts to highlight the critical role of councils in mitigating the impacts of drought on communities and local economies.

The aim of the DCPE is to provide a rapid economic stimulus that reduces the economic impacts of drought on the broader population in drought-affected areas. Under the program, funding is provided to councils to support community infrastructure and drought relief projects. Operating from 2018-19 to 2020-21, grants of up to $1 million are available to councils in areas economically impacted by drought and total funding for the program is $300 million.

What did the review say about the DCPE and the role of councils?

Describing the program as “well-targeted”, EY concluded that the “impact of the program is increased by providing councils with the means to create economic stimulus relevant to the unique requirements of their community.” EY also found that bypassing the state government and providing funds directly to councils “likely increases the speed at which economic stimulus can reach communities by reducing administration efforts”.

What is the future of the DCPE?

The EY review identified economic support for impacted communities as a “policy gap” for drought, with only eight out of 38 federal initiatives focused on supporting wider drought-affected communities, representing less than five per cent of total federal drought funding. The EY report recommends a review of all drought policies and programs, as well as a shift from a reactive to proactive approach in identifying and managing drought risk. EY suggests that a proactive approach will help deliver funding to communities at greater speed based on ‘ready to activate’ drought plans, and proposes a scalable funding model where funds are provided relative to the needs of councils to help with drought planning, response and recovery.

In their own words

The LGAQ has commissioned a series of interviews with people living through drought in order to highlight the impact of drought on the wider community. We encourage everyone to listen to their stories and promote these videos widely so that action on drought remains a
national priority. Here is just some of what these Queenslanders had to say.

“Everyone’s in the same boat. I just don’t know how many people are going to survive this. There’s no end in sight.” Bill McVeigh, Dairy Farmer, Freestone.

“I don’t drink. I don’t smoke. I don’t go to the hairdresser. I don’t get my nails done. I don’t buy clothes. I don’t know what else to stop doing to pay normal bills. I can’t … What do I cut out? What do I stop? My Christmas presents? What else do you cut out? I can’t make spaghetti with mince; I’ve got to make it with four-dollar sausages. I’m really struggling to afford fruit and veggies and stuff like that.” Nadia Finger, Parent, Southern Downs.

“Let’s not make policy that’s going to get you back in in four years, let’s think about 10, 15, 20 years down the track. Because when we’re planning for our farms, that’s how we plan.” Rebecca Cross, Grazier, South Burnett. 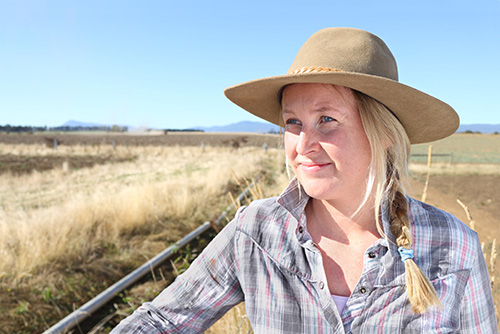 “I’m a bit scared. I look out to my neighbour and her whole paddock is just dead grey.” Tyson Brosser, student, Freestone State School.

“It’s pretty tough, because you’re at home watching your country blow away in the dust and the heat. We haven’t had a crop for a couple of years. We’ve got to have a plan that goes into the future so that it doesn’t happen again. It needs all tiers of government to look at the situation that’s at hand, get some good strategy behind it. You know there’s plenty of smart people around the countryside. Get out and listen to the real people and find out what they want.” Chris Bazley, Farmer, Clifton

Laura Watson, principal of Freestone State School, said of one of her students, “The Mum said, ‘You’ve got a choice: your hamsters or your horse. What’s it going to be?’ And they said they’d rather have the guinea pig,  ‘cause the guinea pigs they can snuggle up to. So that’s the sort of thing that they get a choice [about]. They shouldn’t have to.”