Worth its weight in gold

By Graham Quirk, Former Lord Mayor of Brisbane and Chair of the Council of Mayors (SEQ).

I remember when the Council of Mayors (SEQ) first raised the idea of investigating a South East Queensland Olympic and Paralympic Games back in 2015. I’m pretty sure most people thought we were crazy and perhaps understandably so.

The Olympic Games were the domain of the world’s mega cities like Tokyo, Paris and Los Angeles. The International Olympic Committee had never considered a regional Games concept before, let alone one from South East Queensland.

Fast forward to 2020, and we now have three levels of government across both major political parties committed to developing a proposal to secure a South East Queensland 2032 Olympic and Paralympic Games. 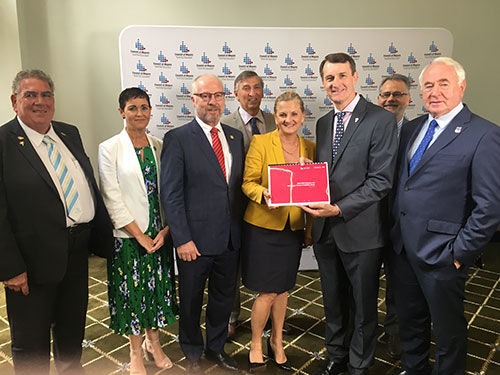 South East Queensland is a serious contender for the 2032 Games, with the work of local government putting an Australian proposal well ahead of any other nation.

None of this, however, has happened by chance. It started with a plan from the mayors of South East Queensland to catalyse the delivery of much-needed transport infrastructure to cater for the region’s growing population.

With the south-east’s congestion projected to cost the economy around $6 billion a year by 2031, the Olympic Games provided a solution that could turn that forecast around. It could potentially address our congestion challenges while returning an economic benefit to all of Queensland.

On 6 March 2015, the Council of Mayors (SEQ) unanimously agreed to support an investigation into a regional Olympic and Paralympic Games, initially setting its sights on 2028.

However, something incredible would happen in the Olympic Movement during our investigations that would change the proposition of an Olympic Games in Queensland for the better.

In September 2017, the International Olympic Committee made the historic decision to simultaneously award the 2024 Games to Paris and 2028 to Los Angeles.  It was the first tangible sign that the Olympic Movement was serious about the reforms and cost cutting needed to reinvigorate the race for the Games.

With 2028 now off the table, the Council of Mayors (SEQ) commenced a feasibility study for the 2032 Olympic and Paralympic Games and what that might mean for the future of the south-east and Queensland.

Part way through this Study, the International Olympic Committee then introduced a suite of reforms known as “The New Norm”. It was a recognition that the Olympic Games had become too expensive and burdensome for most countries, and it was time to revaluate the process.

From these reforms came three important changes - significant cost reductions for bidding and hosting, the flexibility to reuse existing venues, and the introduction of a host region, state or nation (instead of just one city). 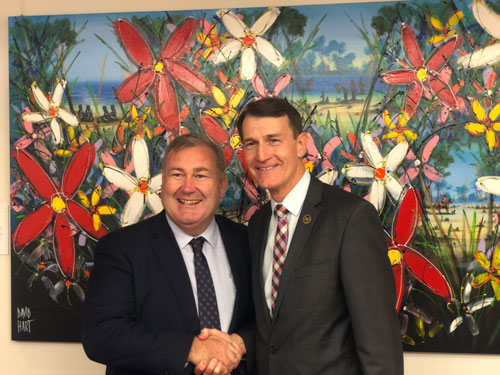 The impact of these reforms on our feasibility work was powerful. The Council of Mayors’ (SEQ) study forecast a $900 million net cost to host the 2032 Games. A smaller cost than the $1.2 billion it took to deliver the 2018 Gold Coast Commonwealth Games.

We thought this was a game-changer for Queensland, but the International Olympic Committee had more to come.

In a meeting between the Council of Mayors (SEQ) and Olympic boss Thomas Bach in 2019, the International Olympic Committee committed to boosting its financial contribution to the 2032 Games effectively making it a cost-neutral, if not profitable, proposition.

In return, the Olympic Games would create a pipeline of jobs and economic activity across Queensland, boost our international profile and tourism, and give Queenslanders a reason to come together and push for something that could transform the entire state.

With the support of the LGAQ, I recently had the opportunity to tour Queensland and talk to mayors and councillors about the 2032 Games proposal.

It was a frank and upfront discussion about the nature of the proposal, the forecast costs and benefits, and a chance for local leaders to be just as up front with me about their concerns and questions.

I was honest about the discussions we have had with the International Olympic Committee, and its need to deliver a compact Games that maintains the “village” experience for its athletes. I stressed that it was unlikely there would be medal events outside of South East Queensland.

There would, however, be plenty on offer for the regions of Queensland that grab the opportunity with both hands and secure their piece of the billions of dollars’ worth of economic activity that would flow from a South East Queensland Games.

This will come in the form of lead-up or preliminary events, pre-Games training opportunities, related business contracts and job creation, and the uplift in international visitors and expenditure that comes from hosting the world’s biggest event.

The economic injection of the Olympic Games doesn’t come from the three-week sporting event, it is the decade before and after the Games where the real benefits lie.

I was buoyed by the positive response I received from the majority of mayors in Queensland, but I wasn’t surprised. Most put their local politics aside to assess whether this was something that could genuinely benefit their community, and for most, the answer was yes.

Similarly, the concept has garnered strong political support from our counterparts at the Commonwealth and State levels. The Prime Minister has thrown his support behind the idea, closely followed by the Premier of Queensland.

It has also been exciting to see Queenslanders get behind the idea. The polling we have seen over the past 12 months puts support for a South East Queensland Games at 65 percent across Queensland, and 70 percent across Australia.

For millennials, the support for the 2032 Olympic Games is generally 10 percent higher which is a positive sign for an event that is still 12 years away.

As we now work collectively to develop and submit a Games proposal to the International Olympic Committee in the coming months, the 2032 Olympic and Paralympic Games are ours to lose.

The biggest threat to our Games success won’t come from overseas, it is right here in Queensland. It will come from those that choose to use it for their own attempt at political gain.

Incorrect claims about the level of support in regional Queensland for the 2032 Games have been made without any consultation with the mayors and councillors who not only represent, but live and work in these communities.

Some people, for short term political purposes, will use the prospect of an Olympic Games to serve their own interests. In doing so, they will deny the state of Queensland the opportunities an Olympics will bring and the chance for a generation of young Queenslanders to aspire to represent their nation in their home state.

The LGAQ Policy Executive, representing the many regions of Queensland, has given the 2032 Olympic and Paralympic Games its support. A move that aims to unite Queenslanders, and not continue to divide us.

Since the Council of Mayors (SEQ) started this journey five years ago, we have been guided by one simple mission: a Games bid can only and will only proceed if it will demonstrably deliver a better region for our residents, and a stronger economic, cultural and social legacy for Queensland and Australia.

I can honestly say, after years of thorough and cautious investigation, this is still a statement the Council of Mayors (SEQ) stands behind.

The past five years has been an interesting journey to say the least, and proudly it has been one led by local government. As our solidarity as local leaders becomes stronger, so do our chances of securing the 2032 Olympic and Paralympic Games.