A week of wins and woes

A big advocacy week that was.

Firstly, the LGAQ’s lobbying of the Federal Government over the non-payment of $1 billion in NDRRA payments, due to be issued to the State of Queensland in the 2016-17 financial year, continued unabated. President Margaret either rang or wrote to everyone even remotely connected to the budget decision. No stone was left unturned.

The "boss" made it clear that the “now-you-see-it-now-you-don't” disaster funding stunt in the Federal Budget puts at risk certainty of funding for future disasters in Queensland which will more than likely occur over the next 10 months. 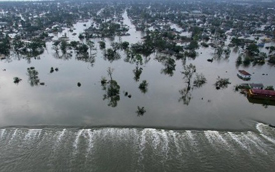 Without funding certainty, the repair work never gets started. Think Hurricane Katrina in New Orleans, where the lack of funding certainty saw delays of up to more than a year. Councils need to bang the drum on this issue in their own patch.

If we get through the federal election without this matter being favourably resolved, councils, not just the State Government, will be losers. George St minus $1 billion dollars of revenue isn't a pleasant thought if you’re a council CFO.

Then there was the new planning legislation passed through State Parliament in the early hours of Thursday morning.

There wasn't much joy there for councils, with the exception of the commencement of an automatic indexation of infrastructure charges from the 2017-18 financial year, based on the Roads and Bridges Construction Index, ending what will have been five years of annual diminution of the value of those charges.

On the minus side of the ledger, private schools that have ministerial designation will be exempt from council infrastructure charges. Ouch! This opens the door on a massive cost-shift from elite private schools to mum-and-dad ratepayers. This change - contained in the LNP Private Member’s Bill, supported by the Parliament, particularly the Labor State Government -  beggars belief.

The LGAQ engaged all sides of politics right to the very end of the Bill’s passage. It was, as they say, all over the place, with the government’s Bill, a private member’s Bill, many amendments proposed and the cross-benchers’ vote changing on almost every issue. 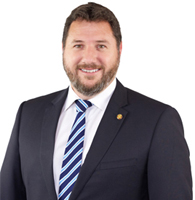 On a more positive note, this week I signed a Memorandum of Agreement with the National Heavy Vehicle Regulator to improve the safety and productivity of the road freight network. This will help councils understand their legal obligations as the “road managers’ of some 153,000km of the network. This is yet another example of the LGAQ doing something concrete for its members.

Finally President Margaret and I met for an hour yesterday with the new Shadow Minister for Main Roads and Local Government Andrew Powell to brief him on the LGAQ’s current advocacy agenda.