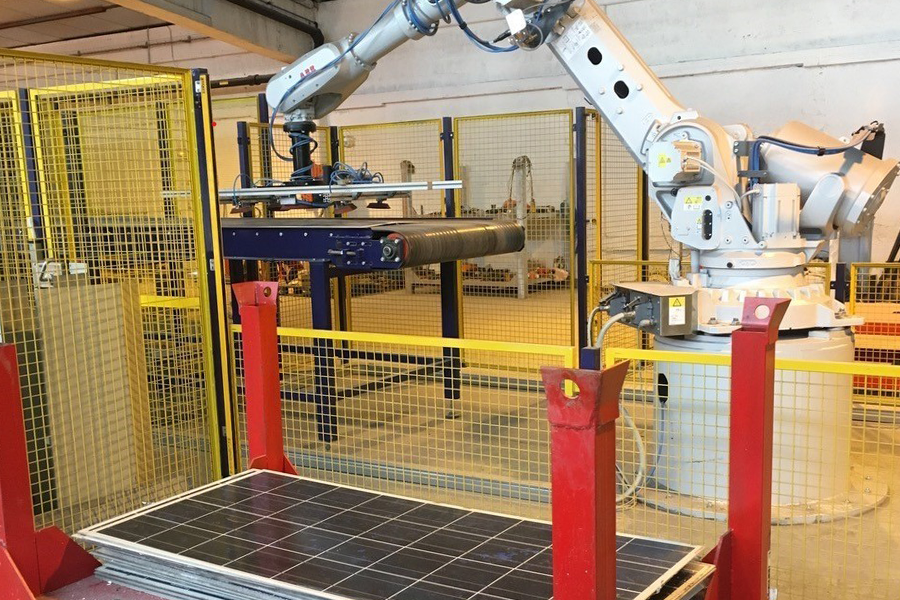 Researchers from Macquarie University predict that Australia will accumulate one million tonnes of solar panel waste by 2047—the weight of 19 Sydney Harbour Bridges.

With Queensland on the front foot of solar uptake in the country, what to do with these end-of life solar panels requires addressing before it becomes a problem.

Banana Shire Council is doing just that, having recently opened a solar recycling facility in Biloela.

“The good news is, solar panels can be recycled, stripped down to raw materials, and/or reconditioned,” Mayor Ferrier says.

“Recycling of solar panels will complete the renewable cycle for solar energy, providing increased confidence in the value of this energy source.”

Not only that, the facility provides both direct and indirect employment opportunities for the community, and will encourage more recycling opportunities.

Mayor Ferrier said a fair bit of interest about the facility’s recycling process, as there has been some local concern about what happens to end-of-life solar panels.

“The technology uses an electronic, magnetic and vacuum process to isolate the materials,” Mr Agostino says.

“This clean technology recovers the materials to be instantly ready for reuse. It does not use … heat or other conventional chemical processing.

“The SRC clean technology recovers at least 99 per cent of material from each end-of-life solar panel and junction box [which houses the electrical components of the solar panel].”

Once the recovered materials—glass, copper, aluminium, plastic and silicon—are processed, they are then redistributed to local manufacturing streams to be reused.

“Redirecting the end-of-life solar panels from landfill and recovering the materials helps create jobs in the industry and assist other local industries by providing access to mineral resources,” Mr Agostino says.

“The Banana Shire Council and Mayor have reacted quickly in recognising the growing problem that will occur with end-of-life solar panels in the coming years,” Mr Agostino said.

“They have helped SRC in setting up the facility to accept end-of-life panels and redirect from landfill.”

The SRC technology can process approximately 180,000 solar panels per year, resulting in a material recovery of approximately 3,600 metric tonnes of materials that would otherwise go to landfill.