Some of Queensland's top communications professionals have today converged at the Sunshine Coast for day one of the LGAQ's much-anticipated LGx event - a unique professional development and knowledge sharing opportunity. 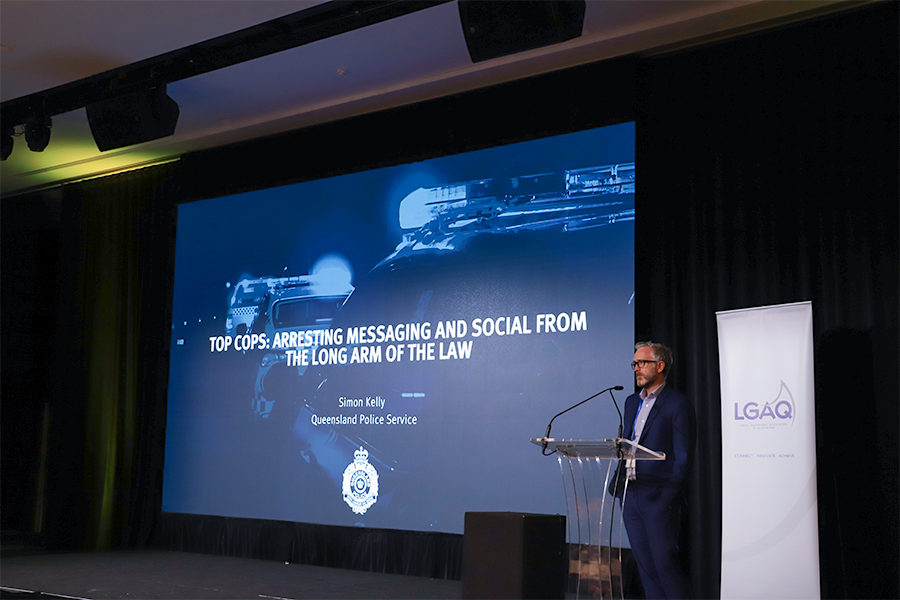 The day kicked off with Queensland Police Service's (QPS) Director of Media & Public Affairs Simon Kelly sharing insights about how the QPS balances its social media content between serious, disaster communications to keep Queensland communities safe and informed, to more human interest, light-hearted content with the aim of keeping audiences engaged. QPS is seen as an exemplar in the industry on how to create a brand persona that people connect while being the state's law enforcement body. As a result, there was a lively question time about managing social media, how the communications team at QPS operates and what the approvals process is like for posting content at the organisation. One of the key takeaways was that social media management is built into everyone in the communications team's role so that QPS can be as timely as possible. 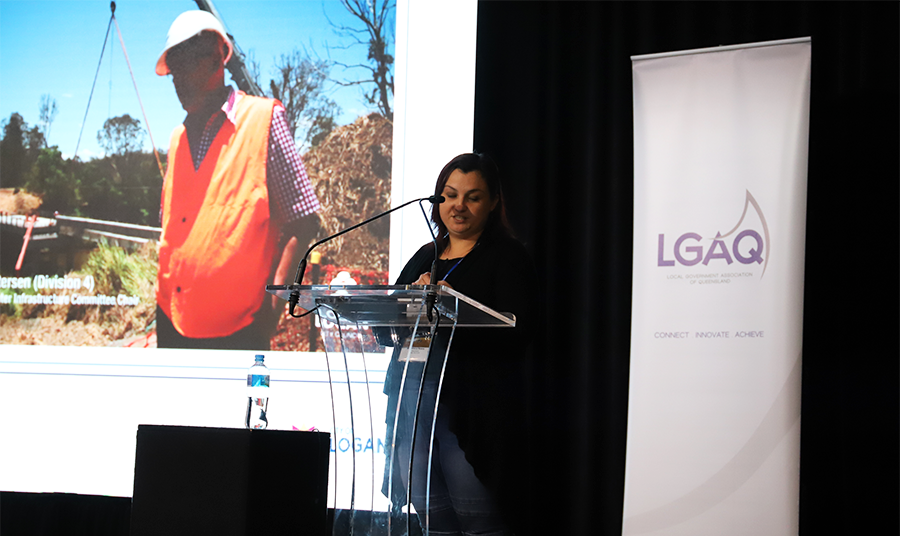 Next was a communications success story out of Logan City Council, which was presented by Council's Media Advisor Rebecca Waters. Logan City Council launched a dedicated media portal in November 2021 that has proven to be successful. With the recent flooding events in the Logan region, it gave Council the ability to share more assets with media, and therefore disseminate information throughout the wider community, than would have been possible through traditional media releases. It also gives the opportunity for more diverse content such as video and audio. 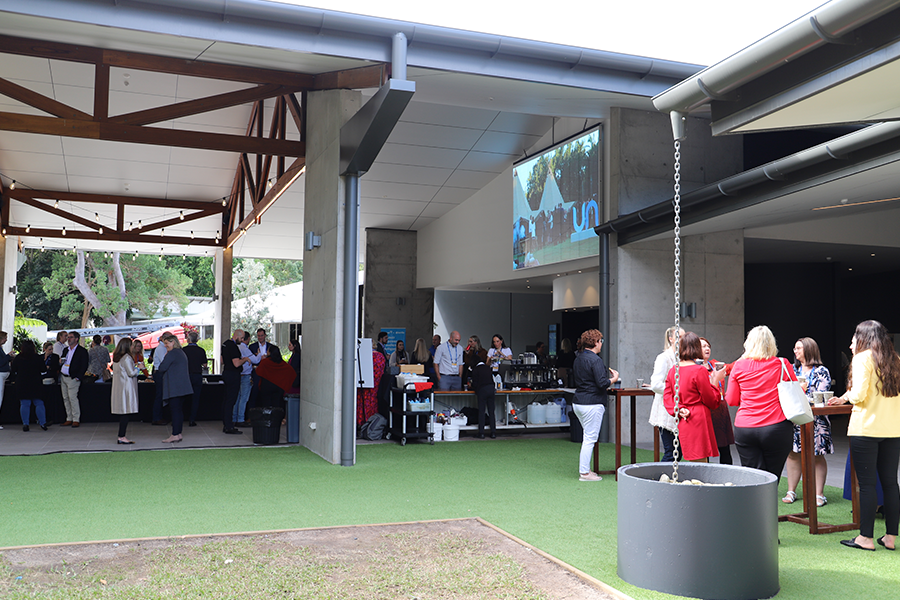 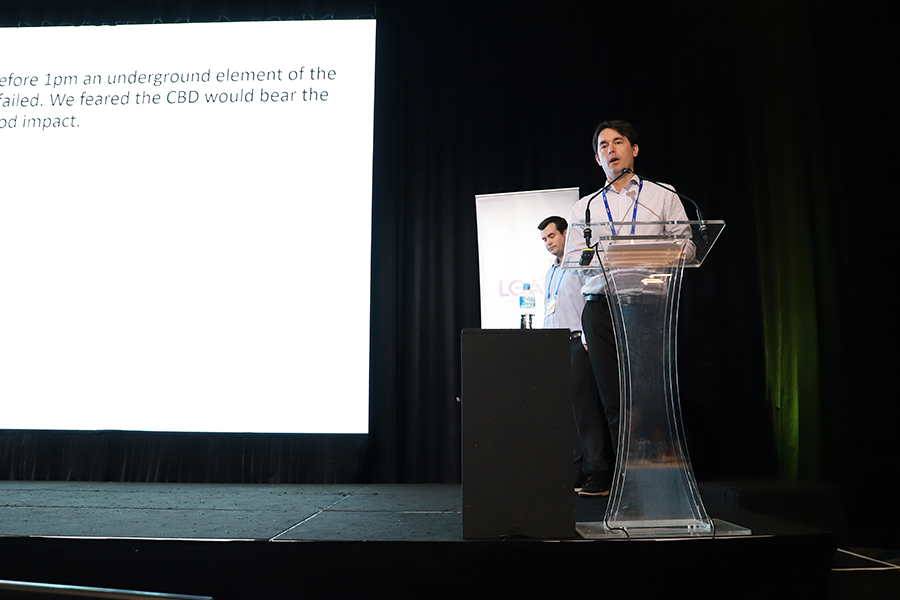 After a short morning tea, Fraser Coast Regional Council Mayor George Seymour and Fraser Coast Regional Council's Marketing & Communications Manager Scott Whitby shared what their communications strategy was like in the region's February and March flooding disasters. Council's Facebook gained 10,000 followers over the two-month period and social media was vital in keeping the community informed about the floods and rising Mary River. Mayor Seymour and Scott Whitby gave some brilliant learnings on how to leverage social media in times of disaster. 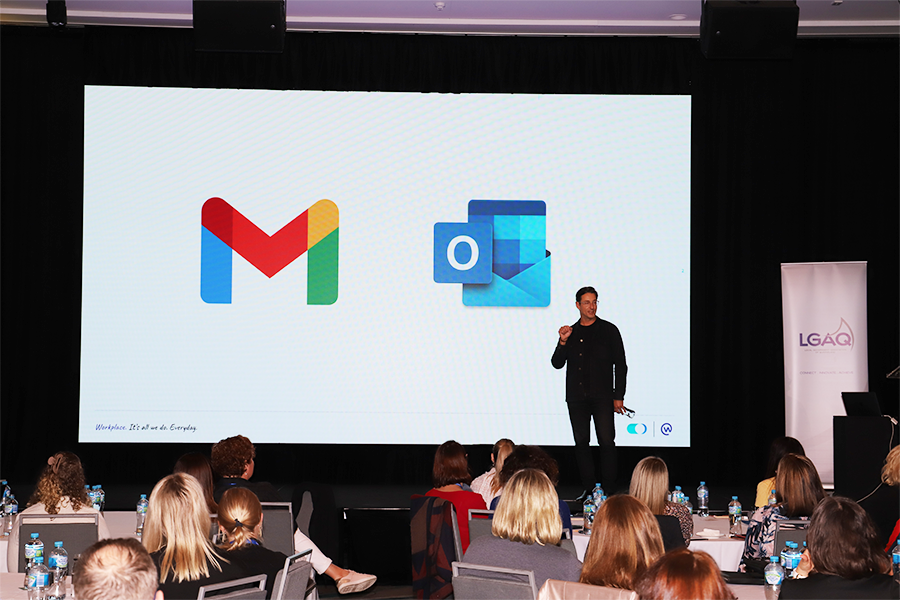 With an increasing need to communicate internally and often remotely, Enablo Chief Customer Officer Andrew Knott discussed the platforms and tools available to communications professionals, as well as the broader workplace environments they operate in. Workplace, which the LGAQ has adopted, has proven to be an effective tool that enables the LGAQ team to collaborate accross departments, get to know each other better and share important information in a central location. The presentation discussed the technology as well as what the future of work could look like - virtual workplaces and stepping into the 'metaverse'. 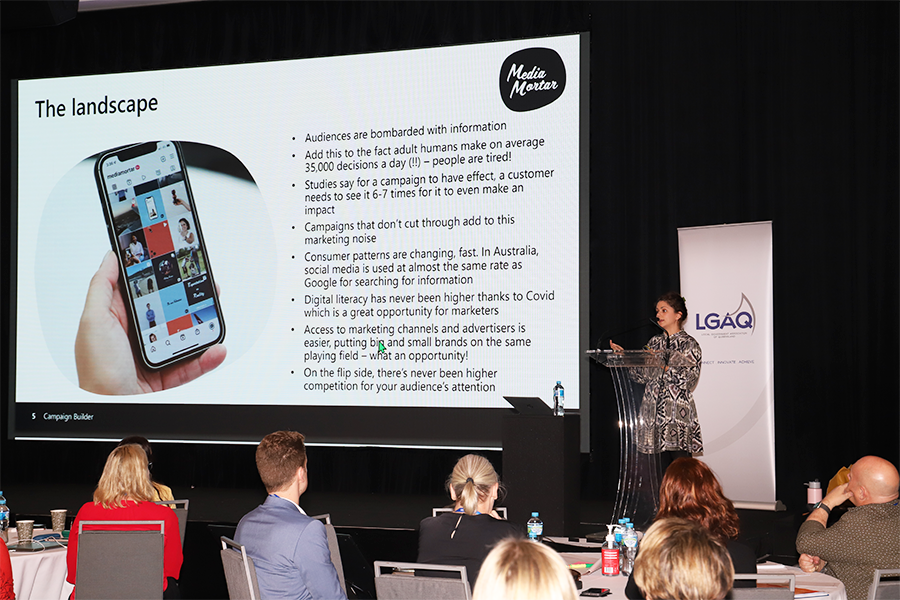 Looking into the campaign space, Media Mortar's Hannah Statham presented some of their recent projects and how Media Mortar designs campaigns to achieve clients' objectives and solve clients' problems. Entering the practical aspect of the day, council teams brainstormed a PR campaign to be used in the local government sector to put their skills into practice and get exposure to working with - and exposure to new ideas from - different people in the network. 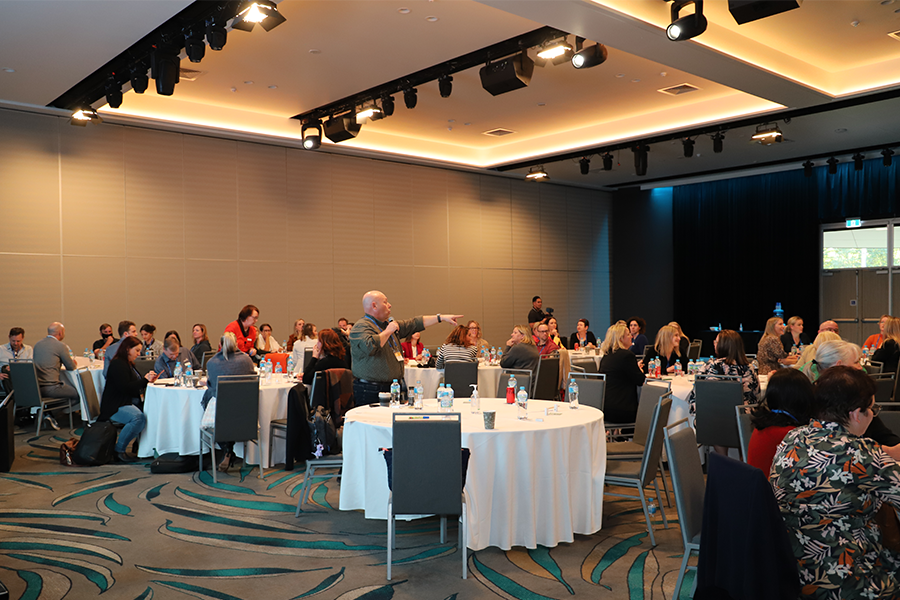 Some remarkable ideas came out of the brainstorming session that you may see in local government PR campaigns in the near future!

Finally, the LGx Awards for Excellence in Local Government Communications were an exciting close to the evening. With so much remarkable communications work done in the Queensland local government space over the past year, picking a winner for each category was no easy feat. But, there had to be one winner - a huge congratulations to the those below who took out the top gong: 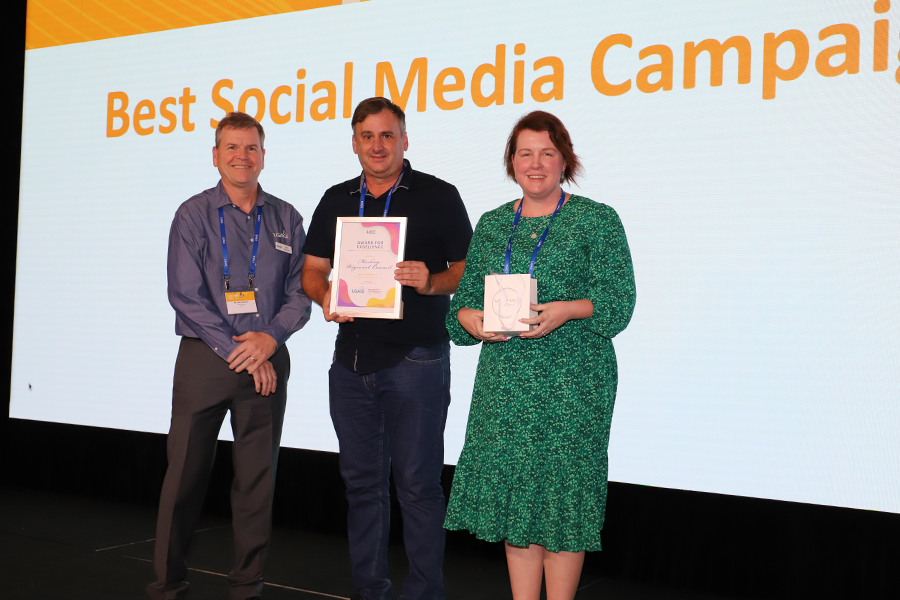 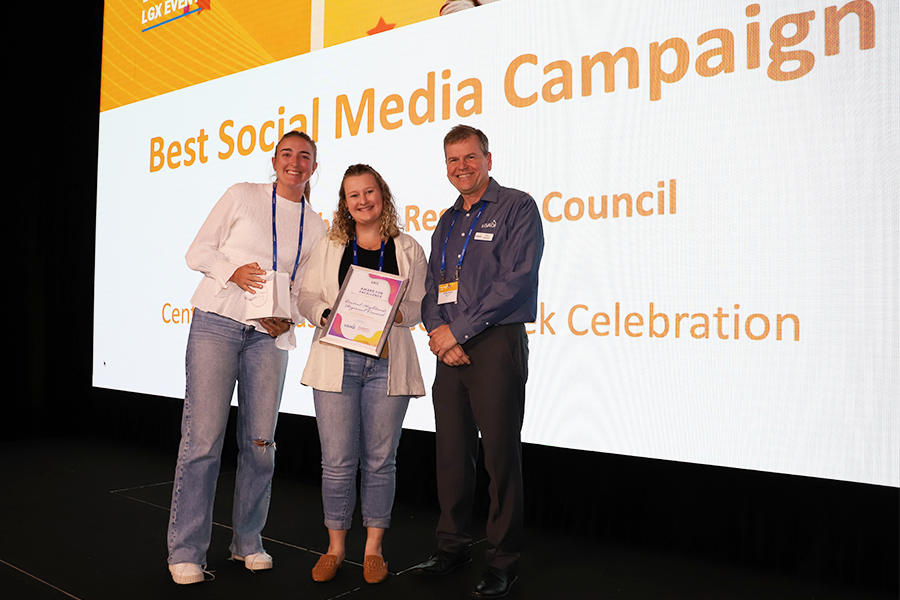 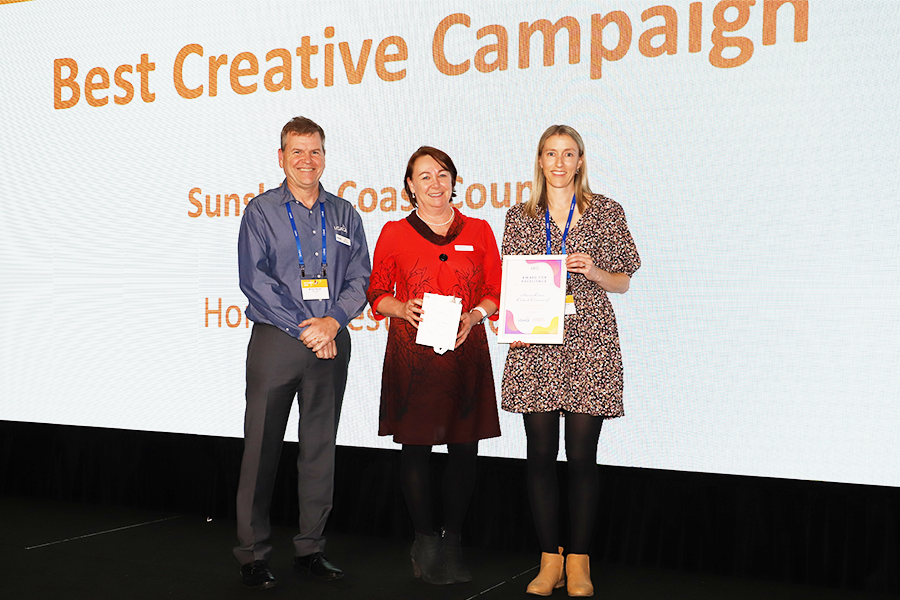 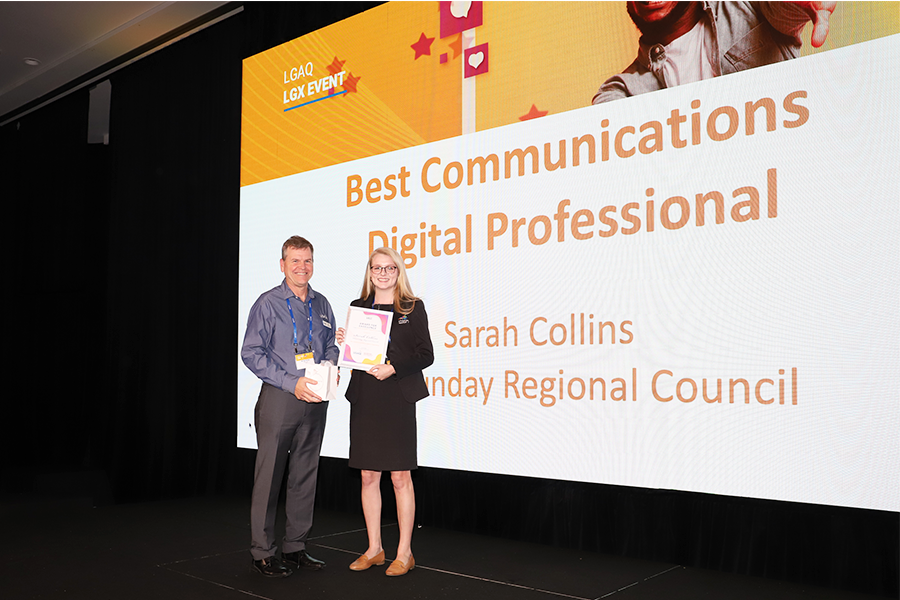