New art museum to put Rocky in the picture

When we think of Rockhampton, we typically think of ‘Queensland’s beef capital’. Or maybe it’s the great barra fishing that springs to mind. Now, with its new Museum of Art, Rockhampton is poised for a fresh legacy – as a Queensland cultural hub.

Rockhampton Regional Council has amassed a huge art collection over the years – so vast, in fact, that all of its contents could not be displayed for residents and visitors at the former Rockhampton Art Gallery on the fringe of town.

Surrounded by heritage buildings, including its neighbouring Customs House, the new Museum of Art is a three-storey architectural marvel in the heart of town on Quay Street. 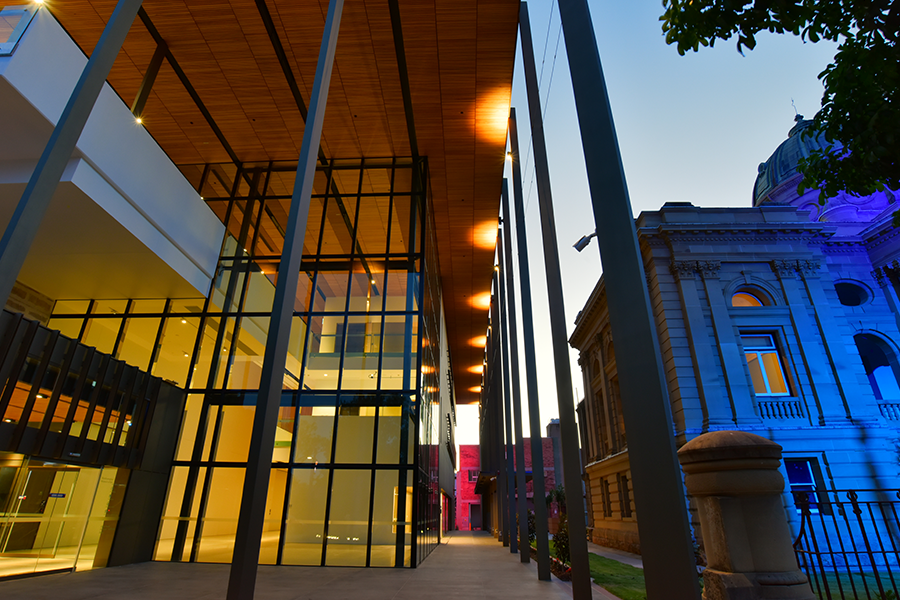 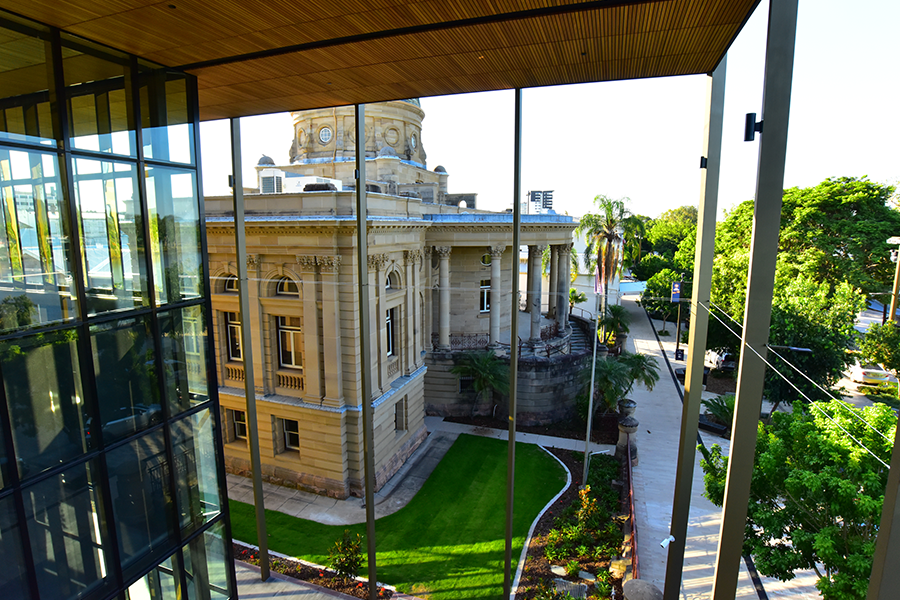 Rockhampton's Customs House as seen from the new Museum of Art

The $36 million project received support from all levels of government – at a federal level with $10 million through the Australian Government’s Building Better Regions Fund, from the Queensland Government through Arts Queensland and the Building our Regions program, and at a local level from Rockhampton Regional Council. 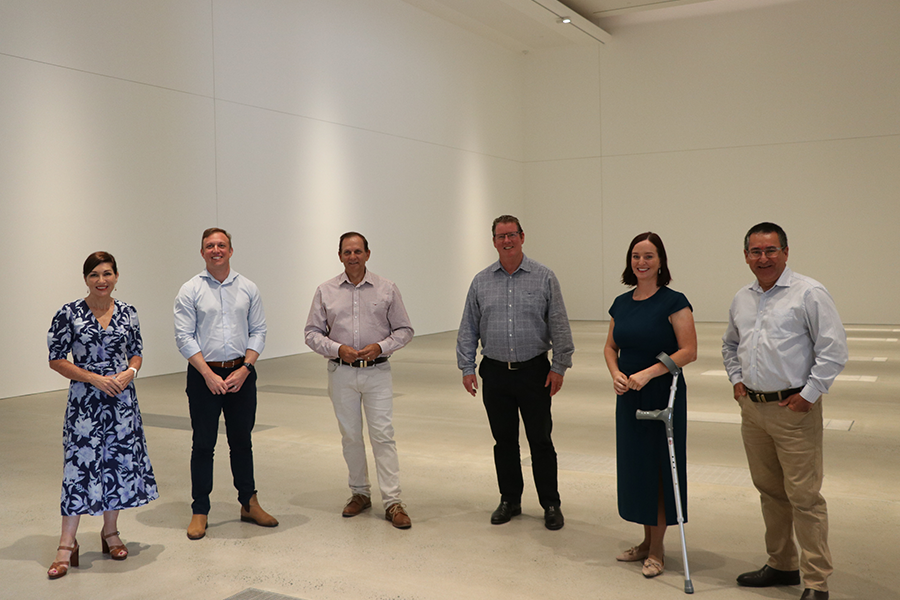 There were more than 900 tradespeople involved in the fit-out, supporting 150 jobs, with some 200 jobs ongoing.

Rockhampton Mayor Tony Williams said preparing the business case showed the new Museum of Art will generate great activity in the CBD by attracting people to the area who will spend money while they’re there.

“Regionally, we have one of the best art collections in Australia,” Mayor Williams said.

“There’s great anticipation by the community to be able to finally fling the doors open and have a look at all of that fantastic art.

“There’s three levels we’ll have different contemporary and existing collections spread over, as well as touring exhibitions on display. 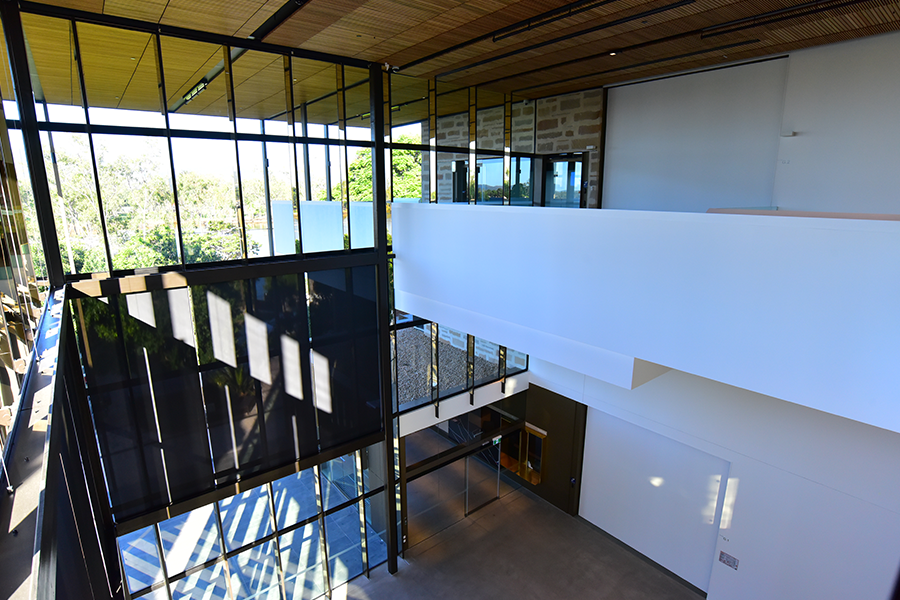 The interior of the Museum

“There’s also a restaurant and deck overlooking the Fitzroy River and Mount Archer, and that new venue is another thing that visitors can take advantage of while they’re here having a look at our fantastic art.” 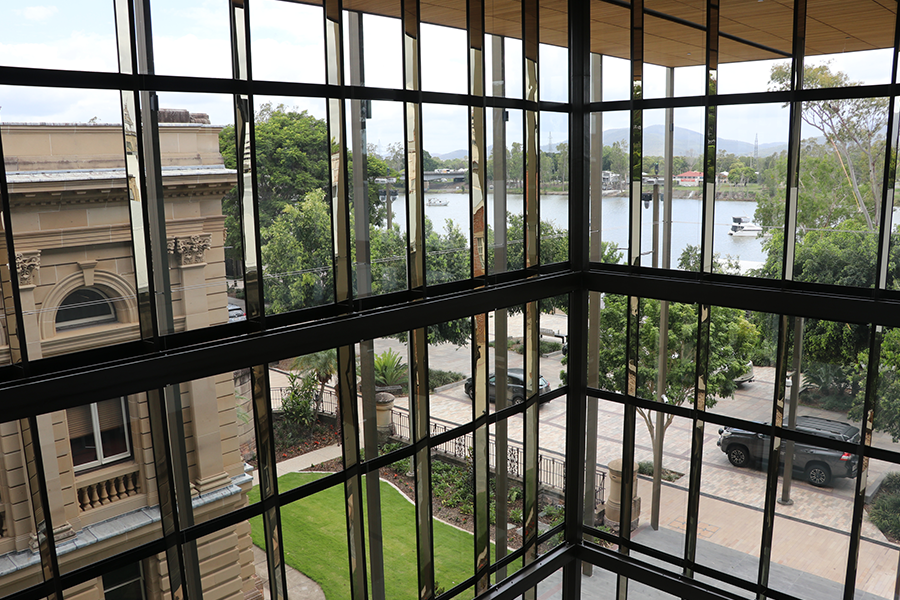 The view to the Fitzroy River

Former Mayor Margaret Strehlow had the vision for the new facility to bring a state-of-the-art, modern art scene to Rocky adding to the legacy of another former Mayor, Rex Pilbeam, who started the art collection.

A key to integrating a modern building in this setting was incorporating sandstone into the building facades to create that connection with Customs House. With the building complete, Council is looking at an early-2022 open once the fit-out is complete and all of the artworks are moved from the old location to the new.

“It’s going to be a fantastic outcome for our community,” Mayor Williams said.

“Everyone is eagerly awaiting the announcement of the opening date – it is coming soon.”