Contamination in yellow-lid recycling bins in Queensland is a $22.5 million issue that local government wears each year.

This National Recycling Week, councils across Queensland are pushing a number of educational and awareness activities to drive down the state’s the 15 per cent contamination rate to save money and the environment.

Burdekin Shire Council is encouraging all of its residents to do their part this National Recycling Week, even getting the youngest community members involved by launching a Recycle Shop at the C&K Home Hill Community Kindergarten.

The Recycle Shop, which will run for the month of November, is encouraging all children to bring in unwanted clothes and toys that other children can buy to reduce waste going to landfill. 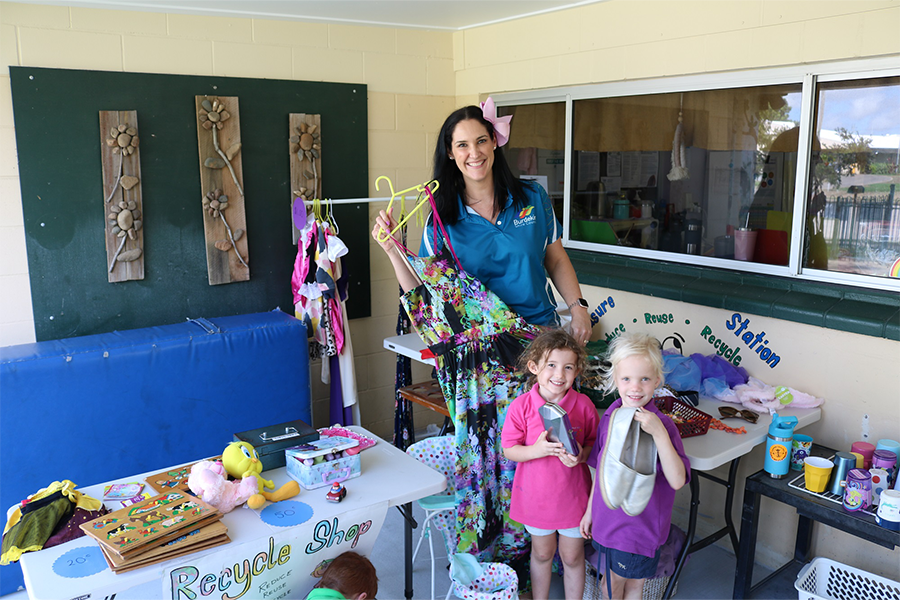 Burdekin Shire Council Mayor Lyn McLaughlin said the Recycle Shop was a fantastic example of simple ways everyone in the community could reduce their waste footprint.

“I want to congratulate the boys and girls at the C&K Home Hill Kindergarten who enjoyed presentations from Council’s Waste Officers so much, they have put some of the ideas into practice in a very innovative way,” Cr McLaughlin said.

“The kindy’s Recycle Shop features pre-loved toys and clothes that are still in very good condition for other families to buy at a low cost, with most items priced between 20 and 50 cents. This is a really unique way of recognising National Recycling Week, and I encourage other individuals and organisations to be inspired by this and trial new ways of recycling at home or the workplace.

In the Southern Downs, the region’s recycling mascot Sort-It Sally has been busy facilitating an education program and delivering prizes for the council's school holiday competition.

Southern Downs families were invited to participate in a photo/video competition capturing their kids’ excitement when the waste collection truck approached their home.

Two families won a visit from Sort-It Sally, who arrived in the Cleanaway truck, delivering goodie bags to the kids.

“[They] are leading the way towards a cleaner waste-friendly environment,” Mayor Pennisi said.

“Our waste mascot Sort-It Sally is a rock star in the waste arena and she is hugely popular as the ambassador for our waste education program.”

Meanwhile Redlands City Council has organised a host of events over the week from eco library workshops – community members can make plantable seed gift tags and upcycled seeding trays – to lighting up the Cleveland Lighthouse yellow to raise recycling awareness.

Council has developed an A-Z recycling guide for the community, as well as launched a broader media campaign including outdoor advertising to get the message of recycling right across.

Hinchinbrook Shire Council is rewarding its residents' good recycling efforts by hosting a special Bin Tagging Event. Council officers are inspecting bins before collection and those with little to no contamination will be tagged, letting the household know they’re doing a good job. Those with their bins tagged then go in the running to win a voucher for a local hotel.

In the state's capital, Brisbane City Council is posting some quirky content to its social media channels to encourage a recycle and reuse economy, doing DIY dog toy demonstration videos and broader education videos on how to recycle properly.

According to Brisbane City Council, 68 per cent of an average Brisbane rubbish bin contains items that could have been recycled, composted or avoided entirely.

In the 2019-2020 financial year, 8.8 million tonnes of headline wastes – municipal, commercial, industrial, construction and demolition – was collected across the state. 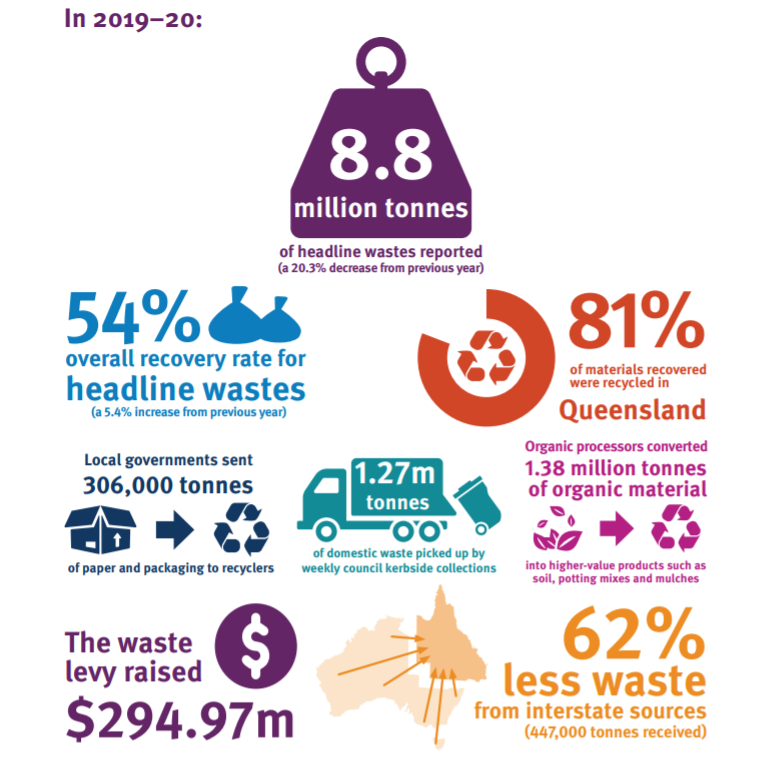 Waste is an enormous issue for all levels of government, which is why Queensland local governments and the LGAQ are looking forward to increased collaboration in creating a broader education campaign with the State Government on how Queenslanders can recycle right.