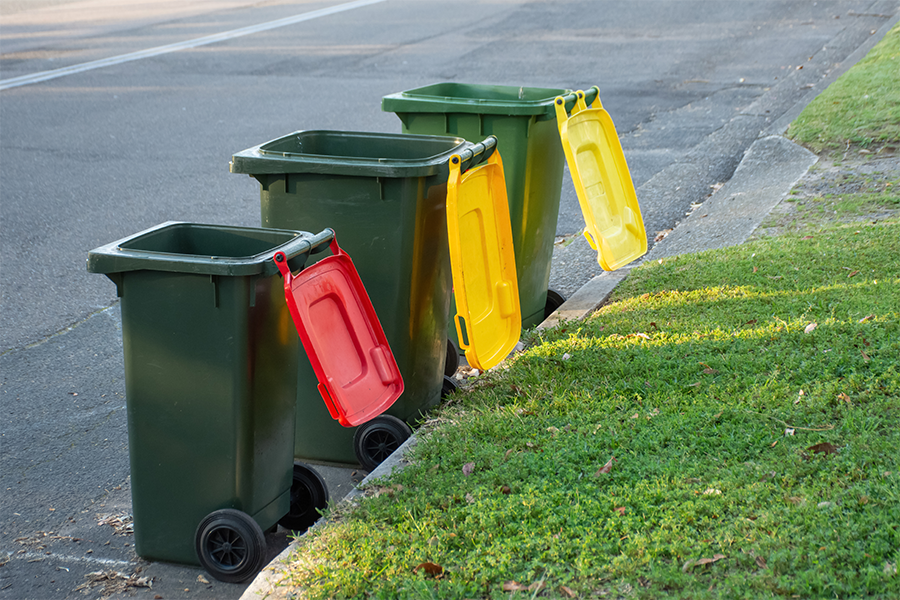 This National Recycling Week from 8-12 November, Hinchinbrook Shire Council is on the hunt to discover Ingham’s best recycler, offering those who have minimal contamination in their red and yellow bins the chance to win one of several prizes.

The novel ‘bin tagging event’ will see council officers inspecting bins presented at the kerb, and where there is little to no contamination in the yellow bin, and few or no recyclables in the red bin, the bin will be tagged with a special National Recycling Week tag.

The tag reads, “Thank you! Your bin presentation is great, with no (or very little) contamination within your red bin”.

“We appreciate your effort and have placed you in the draw to win a $50 gift voucher from the Lucinda Hotel. Keep up the great work!”

Hinchinbrook Shire Council Waste Education Officer Craig Hutchings said while the bin tagging event was still in the early stages, results are thus far better than expected. He says this could be due, in part, to an extensive bin tagging campaign council ran towards the end of last year.

"The difference with this current campaign is it rewards positive recycling behaviours, and is why we teamed up with the Lucinda Hotel," Craig said.

Craig said the Hotel — a local family owned hotel — generously donated a number of vouchers for the event.

"We hope that by recognising great community recyclers, council can assist them in continuing their good work in spreading the recycling message further," Craig said.

"In addition, bin tagging is invaluable in educating those residents who are trying to recycle but not quite getting their bins right by placing a tag on those bins with moderate contamination explaining where they can improve.

"Bins containing moderate to heavy contamination are also recorded on our database to allow a more directed education campaign in the future."

As well as offering a reward to the winner, the event is a great example of how council is raising awareness during National Recycling Week of correct recycling practices, and providing recognition for those who are recycling correctly.