These are good times—that can be even better—for the ‘food bowl of the nation’.

The Lockyer Valley is on the traditional lands of the Ugarapul and Kitabul Aboriginal peoples and the first Europeans settled in the area in 1829.

After more than 20 years of limited growth, mainly around dairy farming and sheep grazing, the township of Gatton was established in 1855, becoming the largest settlement in the area.

The opening of the railway line from Ipswich to Toowoomba saw numerous small townships appear and the population grow through the late 1800s and early 1900s.

The rise in the 1960s of horticulture and market gardening—boosted by the availability of irrigation systems—saw a decline in dairying but, by then, the region’s physical beauty and proximity to Brisbane and the coast had seen a boom in post-war residential development, particularly from the 1960s on, and it continues today.

The local government area’s population last year passed 42,000—a remarkable increase of 40 per cent in just 15 years—and forecasts from the Department of Infrastructure and Planning have it surpassing 57,000 by 2031, another 35 per cent in just 10 years.

“You can have a larger block (and don’t have to hear your next-door neighbour flushing the toilet) and you can be on the coast in less than two hours, sitting on the beach with your feet in the sand, peeling your prawns and washing it down with a cold beer,” she says.

“I think now, more than ever through COVID, it’s exceptionally attractive.”

However, that attractiveness also poses a challenge—a juggle—for council and the community.

“We really want to retain what attracted people to the region but, at the same time, we have to manage people’s expectations in the face of progress,” Mayor Milligan says.

“You don’t want to lose yourself, your identity as a region, amongst progress and development—and I think that will be a challenge for our council.” 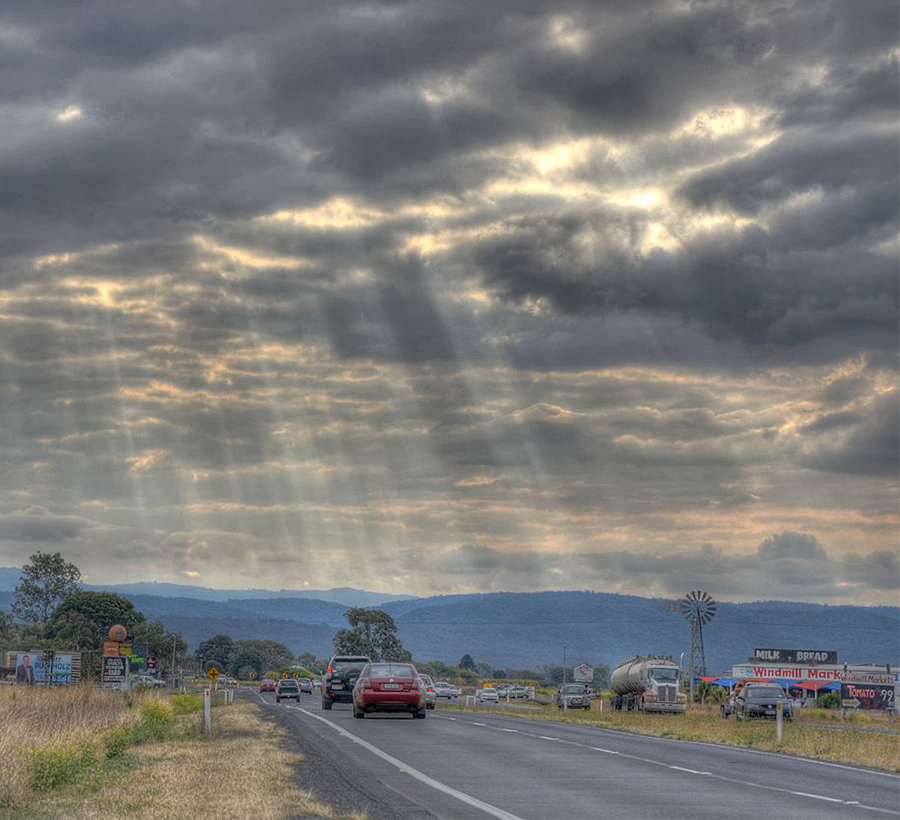 The region is named after Captain Edmund Lockyer, whose time in Queensland was brief but bountiful.

The Australian Dictionary of Biography recounts that in August 1825, New South Wales Governor Sir Thomas Brisbane sent Lockyer to Moreton Bay “to explore the Brisbane River as far as he could go ‘with prudence’, and report on the animals, birds, minerals and the ‘nature, disposition, complexion etc. of the natives’.

“Lockyer set out on 1 September and, with John Finnegan, a former castaway who had guided John Oxley in this district in 1823-24, explored the river in a small boat for 150 miles (241km) about twice as far as Oxley had reached… He discovered the stream that bears his name and the Stanley River and found coal near the present-day Ipswich.”

Lockyer, the first person to identify coal in Queensland, returned to Sydney—with a cargo of timber—on October 16, 1825, after a very productive six-and-a-bit weeks.

The region lies less than 100km west of Brisbane’s CBD and covers nearly 2,300km². It is famed for its incredibly fertile black soil—and recognised as one of the “top 10 most fertile farming areas in the world”.

The Lockyer Valley Region LGA was created by the 2008 amalgamation of two shires—Gatton and Laidley—and Cr Milligan is its second Mayor, taking office April 2016. She entered local government in 2000, when she was elected to the former Laidley Shire Council, serving as Deputy Mayor between 2004 and 2008.

Following amalgamation, Cr Milligan was elected to the new Lockyer Valley Regional Council in 2008 and then again in 2012, once more serving the term as Deputy Mayor.

Following the sudden death of Mayor Steve Jones after the close of nominations for the 2016 Local Government Elections, Cr Milligan acted as Mayor until the poll—which she won—could be carried out, and she was returned uncontested last year for a second term.

Mayor Milligan knows well the importance to the region of the agricultural industry, coming from a Helidon farming family. She brought up her own family while living at Laidley Creek West and lives today at Laidley. She also knows the importance of a local leader being personally invested in the community. 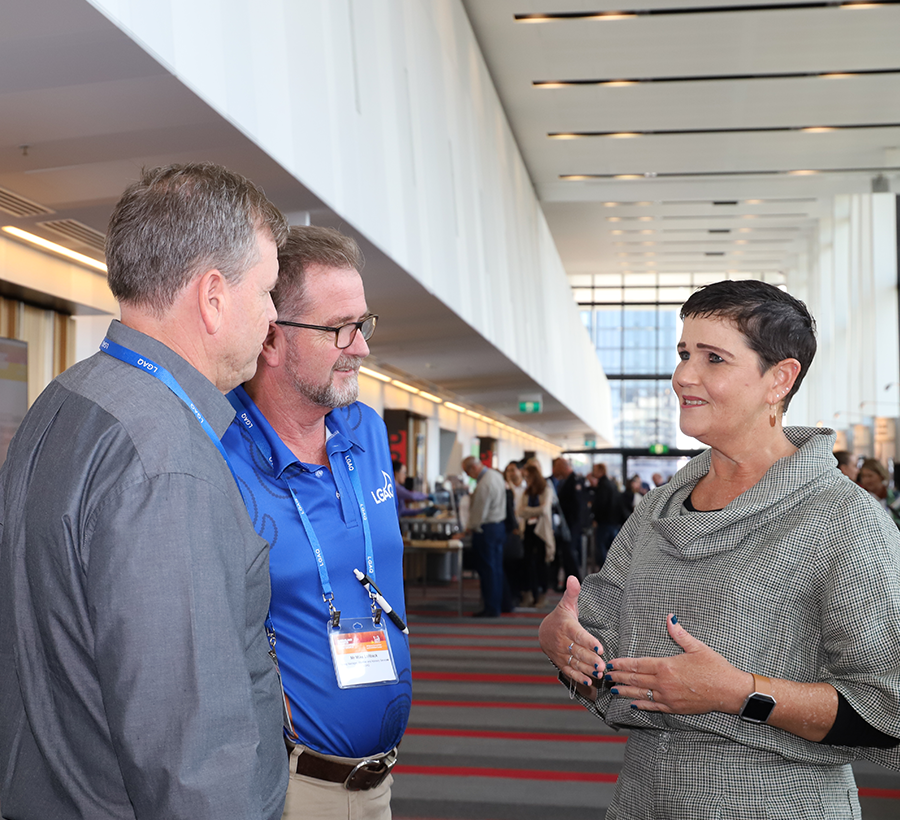 “I think my journey has given me empathy. You do get some people coming through who have… ‘a lot going on’ in their lives and it’s nice to be able to say, ‘I understand where you’re at’,” she says.

“I also think local government isn’t a place where you have the luxury of being able to say ‘yes’ to everybody, so I continually say to the councillors and the CEO (when I talk about the organisation) that I just want people to feel respected and genuinely listened-to.

One of the goals Mayor Milligan has set for her current term is getting the Lockyer Valley and Somerset Water Collaborative ‘across the line’ and getting firm commitments from government to ensure sustainable and reliable water for one of the country’s most productive—and therefore important— farming areas.

The business case for the Collaborative asserts that it is a lack of reliable water supply—not a shortage of land—that is limiting greater productivity.

Lockyer Valley Region was drought-declared more than three years ago, so the Mayor’s advocacy for water security has a palpable urgency—not just for the region’s residents and 3000+ businesses, but for the nation’s pantries as the COVID-19 pandemic continues to threaten supply lines.

The region’s vegetable and grain crops are evermore valuable under such circumstances, and the Lockyer is also home to sheep and cattle grazing.

Council is also a leader in the war on waste, with a 12-month FOGO—Food Organics and Garden Organics—trial underway in almost 1,000 households in Gatton and Laidley.

They’ve each received a FOGO ‘caddy’ (countertop bin) and compostable liners for kitchen use in conjunction with a 240-litre wheelie bin for garden organics.

The year-long trial will determine the viability and future direction of Council’s FOGO initiative, but it was certainly off to a good start, with nearly seven tonnes of food and garden organics—with low levels of contamination—saved from landfill in the first week.

Mayor Milligan is interested in the views of the region’s young people and conducts regular ‘Shadow the Mayor’ days with grade 11 students, who frequently tell her it’s a “great eye-opener” to watch a civic leader at work.

She’s up-front about her own itchy feet and wanting to leave when she was young woman—“the grass is greener, all of that”— but believes people can, as she did, remain in the Lockyer and not be disadvantaged.

Key to that liveability is Council’s ongoing advocacy for passenger rail as part of an integrated transport scheme for the region (including Ipswich and Toowoomba councils).

“Faster, regular passenger rail betweenBrisbane and Toowoomba via Ipswich is crucial for the future of the wider region, especially in providing reliable access to employment, tertiary education, specialist health services and tourism opportunities.

“We need to improve accessibility of Lockyer Valley residents to employment opportunities in our nearby cities, as well as give others in surrounding regions the opportunity to work here.

“In almost all other parts of South East Queensland, people commute to work by train between cities and regions and right now it’s an opportunity denied to both the Lockyer Valley and Australia’s largest naturally established inland city, Toowoomba.”

The region is well set-up for families, with childcare centres, more than two dozen public and private schools, the UQ’s Gatton campus and more. And there’s also the (not-so) small matter of a regional hospital.

“You know, I’ve been banging on since I became Mayor for a regional hospital,” Mayor Milligan says.

“When people move to a region, two of the things they will always look at are what the schools are like and what the health system is like—and how accessible they are. I think that we’re just a bit hindered by our public transport—hence the push for passenger rail.

“It would just be a whole new world for us if we could get water, passenger rail and a regional hospital.”