A new partnership in the Redlands is helping adults and children in domestic violence situations stay connected to vital support networks.

The Local Government Association of Queensland (LGAQ) has teamed up with Telstra and developer Halcyon to deliver WI-FI hotspots and pre-paid data packs to the domestic violence program delivery unit Centre for Women and Co.

Telstra has donated 30 4G hotspot units and Halcyon has provided $10,000 to fund pre-paid data, ensuring families will have guaranteed internet access so they can connect to vital government services and friends and family, as well as allowing children to continue with schoolwork.

“When we took it to the Centre for Women we asked if it was going to be something of value and useful to their clients, and we were given very strong indications that it would be,” Jim says.

“It’s really nice to be involved in something where you can see practical value.”

In her role as Mayor as well as LGAQ Board and Policy Executive member, Mayor Williams has been instrumental in finding new ways for local government to grow awareness of DFV and increase support for victims.

“The mayor is such a strong, passionate advocate for the issue that it really made sense to continue the conversations she’s already having and build on some of those existing initiatives,” Jim says. 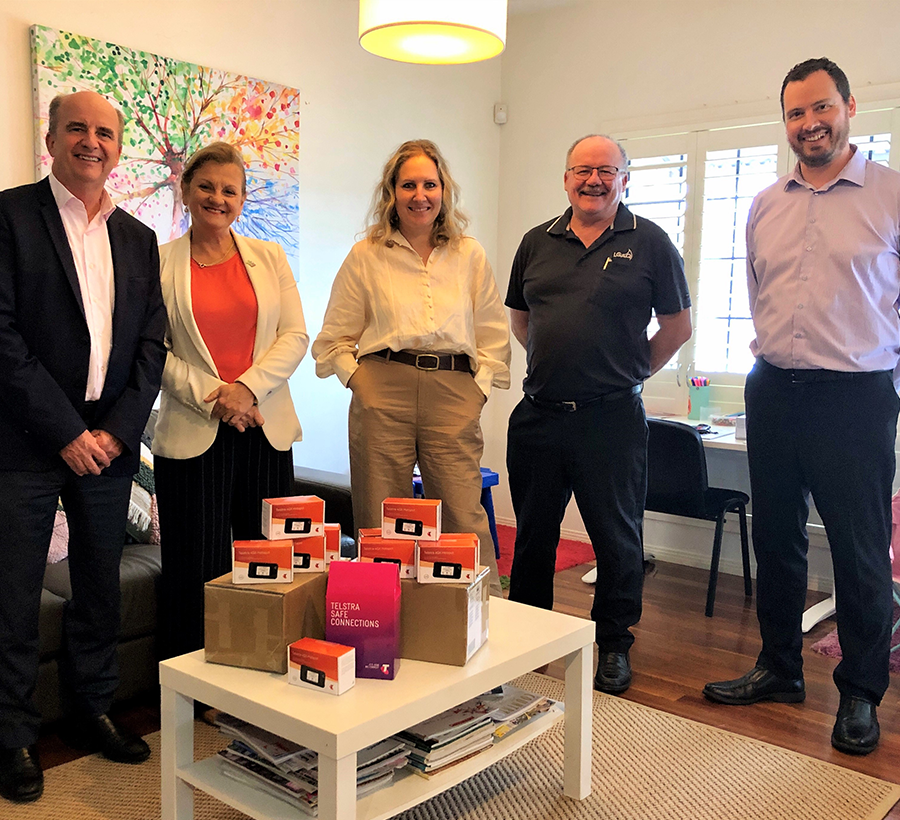 Indeed, Mayor Williams says domestic and family violence in any form is a scourge on the community and we all have a responsibility to take action to end it.

"The Centre for Women and Co supports Redlands Coast families experiencing domestic and family violence through a range of crisis response, education and counselling services, and I applaud LGAQ, Telstra and Halcyon on coming together to support their work with this valuable initiative," Mayor Williams says.

The LGAQ will monitor the initiative and assess its potential to be extended to other local government areas in the near future.

“We’re going to use this as a pilot so that we can monitor its effectiveness and can get some real feedback from the service,” Jim says.

“That potentially means we can grow this and do this in other areas."

If you or someone you know is experiencing domestic and family violence in Queensland, call DVConnect on 1800 811 811 anytime 24/7 or visit DVConnect.org. In an emergency, call 000.