The names of Cook Shire’s attractions are high on the bucket lists of itchy-footed travellers around the world: Trevethan and Isabella Falls and their celebrated swimming holes, Lizard Island and its fabled Cod Hole dive site, and the incredible rock art galleries of Quinkan Country to name a few.

Cook Shire is remote. Raw. Unspoilt. And it is HUGE.

At 105,719 km², Cook Shire can accommodate Queensland’s 39 smallest councils—plus Weipa Town—and still have room to spare. The state’s largest local government area assumed its current form in 1919, when the Shires of Hann (on western Cape York) and Daintree were merged.

Peter Scott has served on Cook Shire Council since 2004 and has been mayor since 2008. The council stalwart has lived in Cooktown for 28 years and says it’s ‘growing organically’ but is a very different place today to when he arrived. 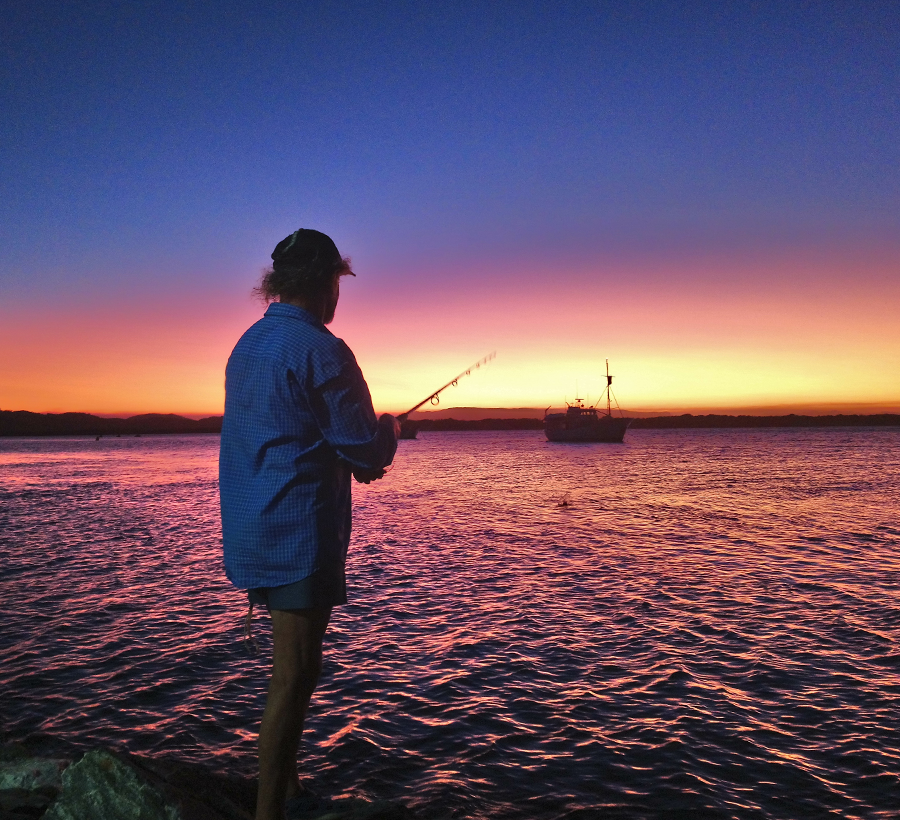 Cook Shire is known for its great fishing

“I’m from WA [Western Australia] originally and I worked for Westpac bank in WA and Papua New Guinea [PNG] for about 24 years. I wound up the Westpac manager in Madang [on PNG’s north coast] and was out fishing with a mate and he asked me, ’what are you going to do when you finish, Scotty?’,” Mayor Scott said.

“I said, ‘I want to go somewhere I can be my own boss, that’s not too cold, and where the fishing’s good’ and he said, ‘Cooktown’s the best fishing spot in Australia,’ and that’s how it started!

“There was no sealed road between here and Cairns and we drove up on the coast road—which was a real track—and got into a town which seemed to have a dead car body out the front of each house.”

Councillor Scott—who stepped up for local government after serving on community groups such as a roads committee and the chamber of commerce—says Cooktown is today “a gorgeous little spot... very well-serviced, well-facilitated”.

The Shire’s largest town is sited at the mouth of the Endeavour River and getting there has been less onerous since the completion in 2006 of the Mulligan Highway through from Mareeba. Cooktown is some 1,600 kilometres from Brisbane, and home to more than half of the Shire’s population of around 4,500. 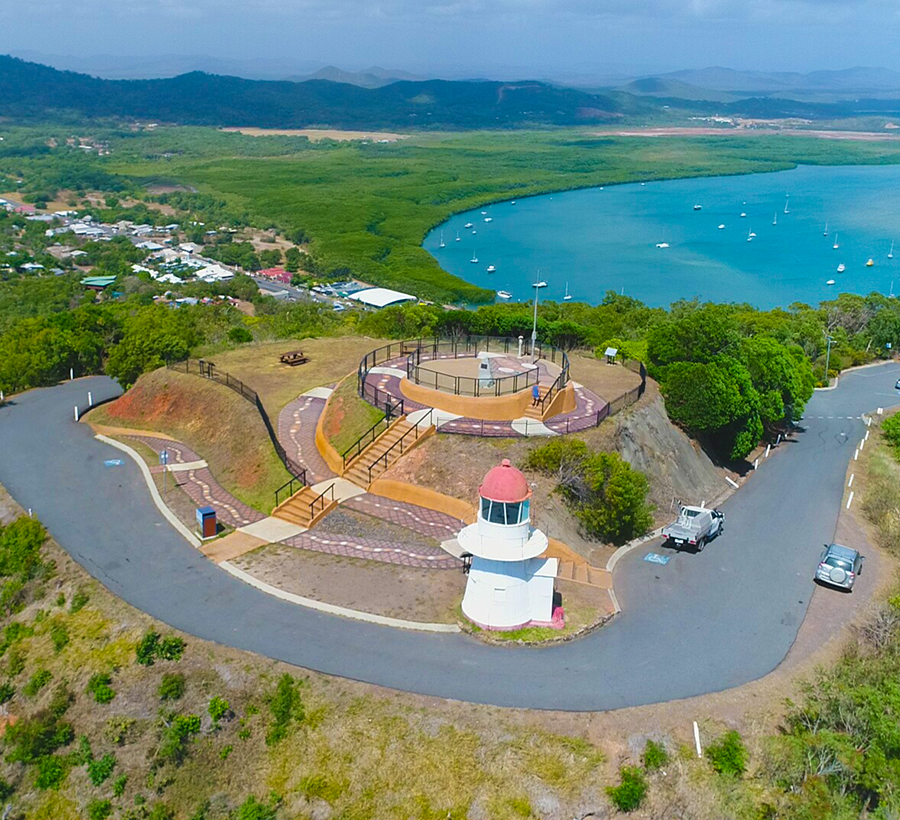 Cooktown’s first wave of growth came during the Palmer River gold rush in the 1870s. (Gold was discovered in the area by an expedition led by pastoralist and explorer William Hann, after whom the Hann Shire was named in 1879.) Despite being some 200 kilometres distant, Cooktown was the goldfields’ nearest port and by the 1880s—its population peak—one-fifth of the town’s residents were Chinese.

The gold rush over, Cooktown’s isolation and other factors saw it rapidly decline in the early part of the twentieth century, to the point where it registered just over 400 residents in the 1947 census. That same isolation and the region’s unparallelled natural beauty—along with renewed interest in the area through the 1970 bicentenary of Cook’s arrival—saw the first shoots in the 1970s and 80s of a tourist economy that is flourishing today. 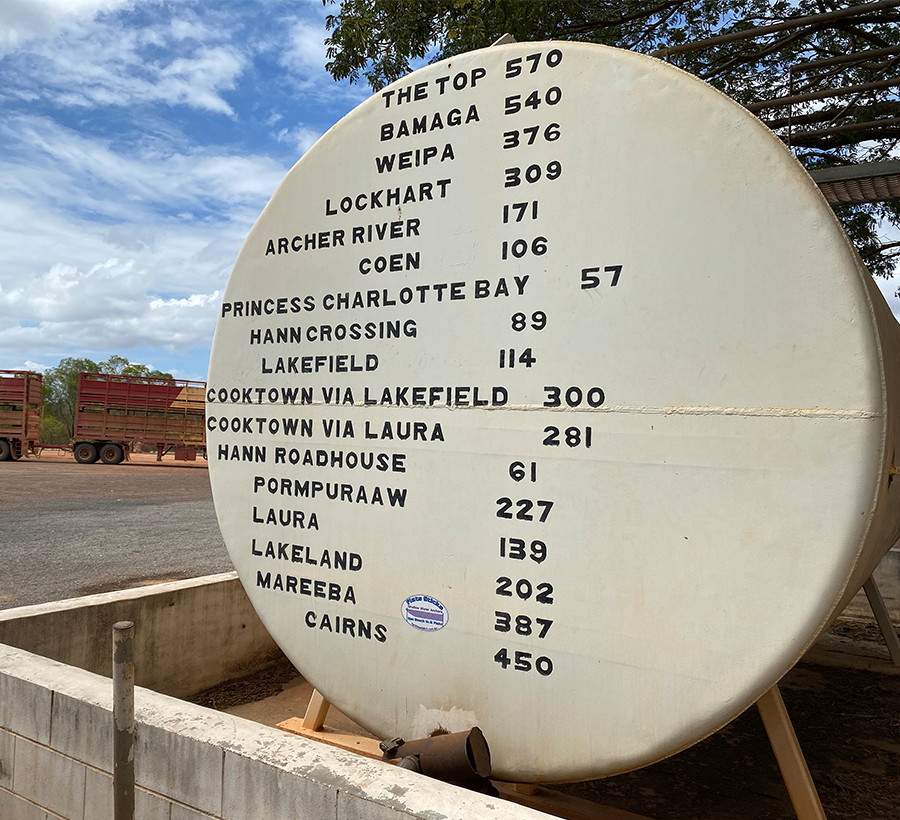 “Our shire takes up 80 per cent of Cape York—if you take into account our eastern boundary being the outer Great Barrier Reef, we’re as big as Victoria—and we interface with 11 or 12 Indigenous councils all around the Cape, which is fascinating,” Mayor Scott said.

“We’ve now got the TCICA (Torres Cape Indigenous Council Alliance) running, where previously we had the Regional Organisation of Councils Cape York (ROCCY), because those Indigenous shires got their status as local governments 16 or 17 years ago.

“Cook Shire, as the only mainstream council in the Cape, has been helping them find their feet and I must say, they’re all miles in front now. They’re a fantastic bunch of people and they’ve all got their mayors, their councillors and their CEOs and staff, and they’re all doing a wonderful job and we work closely with them.” 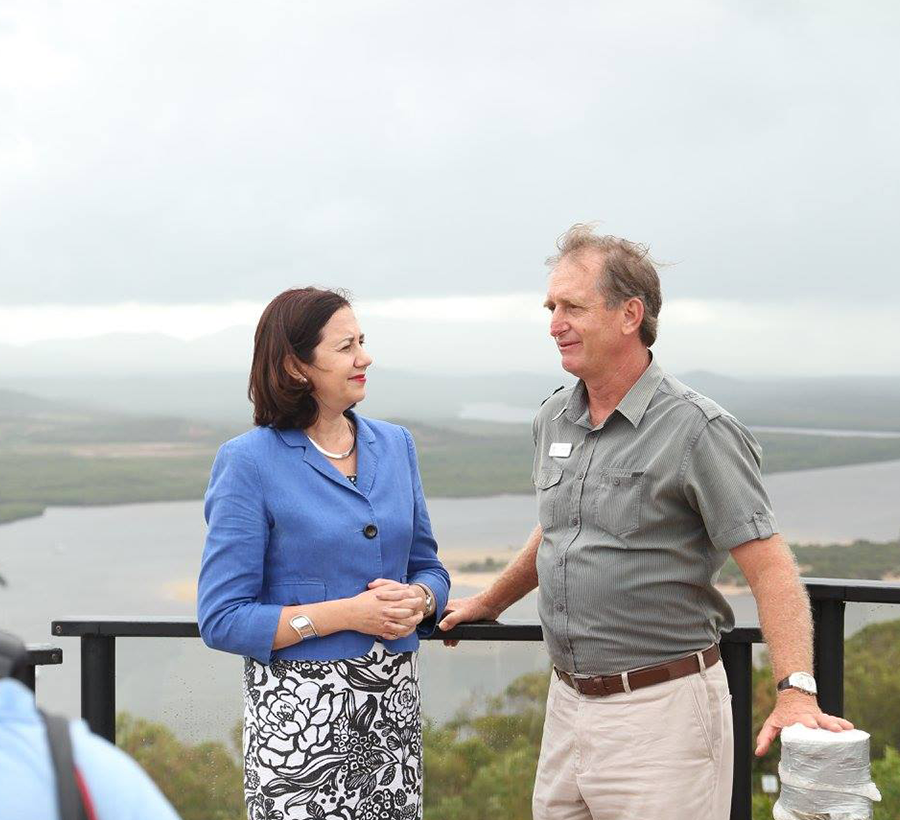 Cape York is home to 41 tribal nations, and Cooktown itself is in Guugu Yimidhirr country, whose members call Cooktown ‘Gungardie’, from the word gun-gaar, which is a type of local crystal quartz used for cutting the chest skin as part of tribal initiations.

Cooktown is now the site of two larger-than-life sculptures that celebrate and commemorate Australia’s first recorded act of Reconciliation, which took place in 1770 when Captain James Cook and his crew beached their vessel Endeavour at Waalumbaal Birri (the south bank of the Endeavour River).

In their longest stop on the Australian coast, Cook and his men spent almost seven weeks at the place known today as Reconciliation Rocks, on the Waymburr clan lands of the Guugu Yimidhirr,  carrying out repairs to their ship whilst waiting for favourable winds to allow them to resume their voyage. 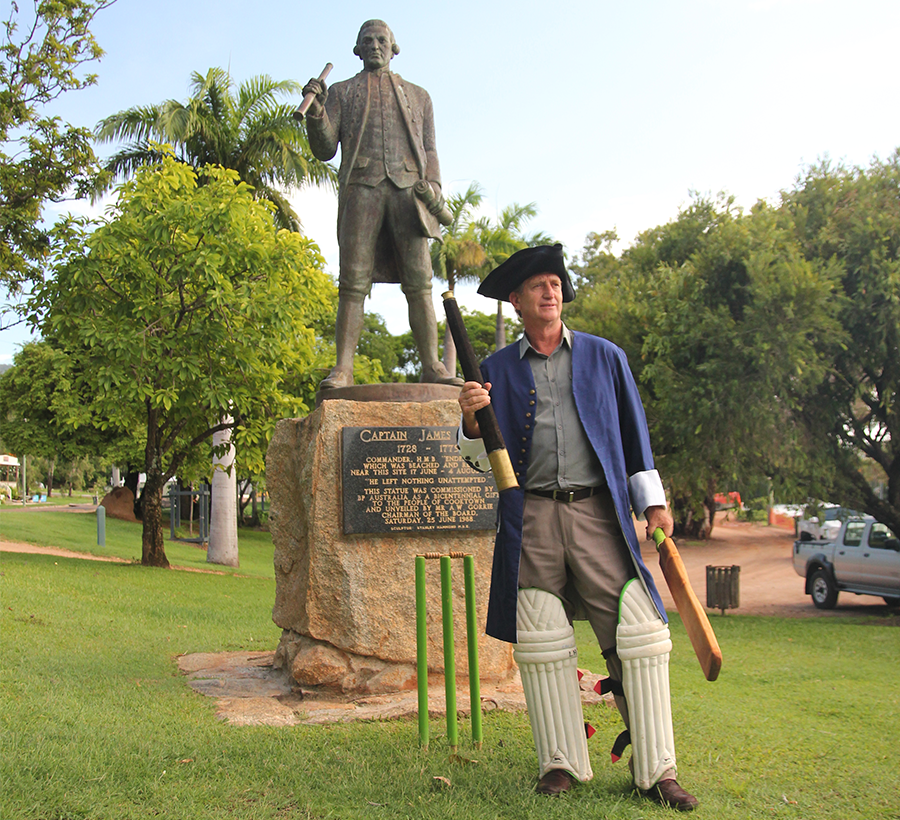 Cr Scott gets dressed up for Australia Day

The sculptures tell the story of the Waymburr Warra Elder, referred to in Cook’s journals as ‘The Little Old Man’, who approached Cook and his crew with a broken spear while performing the Ngaala-ngun Daama, which is a traditional way of welcoming visitors to their land.

Queensland artist and sculptor Braham Stevens worked closely with the Waymburr Warra to ensure the works reflect their perspective of the landmark exchange that occurred between Cook and their Elders more than 250 years ago. 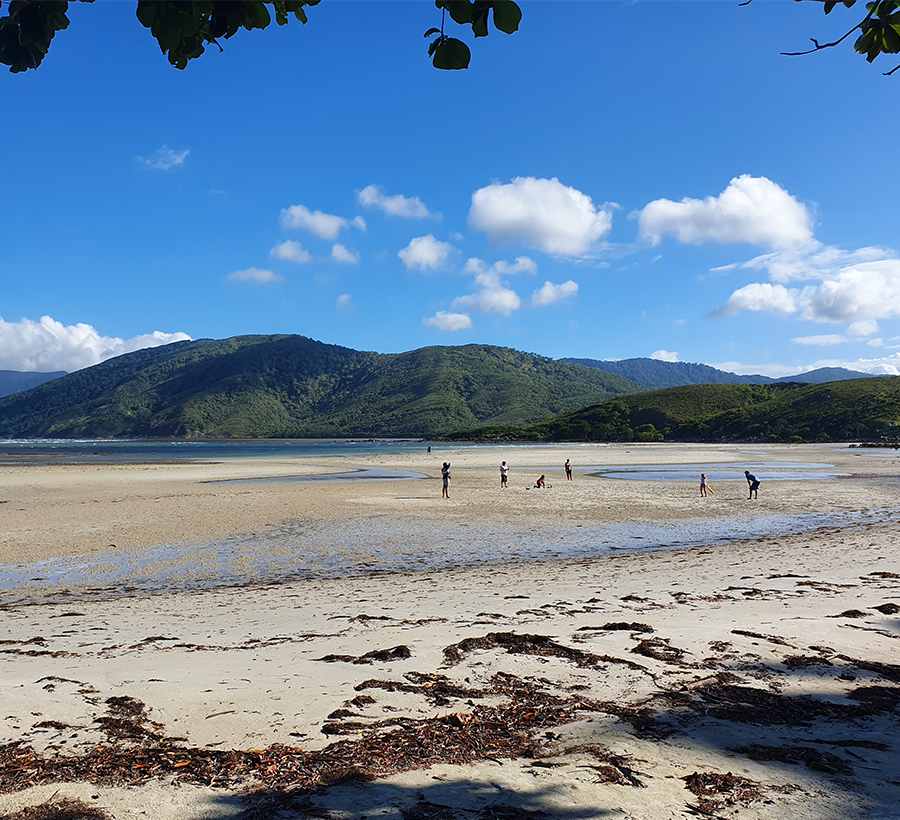 “Reconciliation is not about tearing down statues but ensuring the Indigenous side of the story is accurately and meaningfully told, shared and commemorated,” Mayor Scott said.

“What took place at Reconciliation Rocks, is corroborated by the stories of the Waymburr Warra and the journals of the crew on the Endeavour. There is no hero or villain, but rather two leaders with the wisdom and insight to cultivate respect and trust despite their differences.

“It’s an uplifting and unifying example of reconciliation that can be celebrated inclusively by all Australians.”