The Red Rose Foundation’s inaugural Red Bench Relay took place in November 2020, marking the beginning of an annual domestic violence education campaign that aims to raise public awareness and provide an opportunity for this vital issue to remain visible.

Queensland councils, including the Local Government Association of Queensland (LGAQ), organised and took part in ‘walk against violence’ events in a bid to change the ending to domestic and family violence (DFV) within our communities.

Domestic violence related deaths have many predictive elements and are largely considered preventable, and the Red Rose Foundation actively works to change this ending and prevent such deaths occurring.

During the 16 Days of Activism Against Gender-Based Violence (25 November to 10 December), Queensland councils were encouraged to host a Red Bench Relay. The walk could be between one kilometre and five kilometres and those councils with Red Rose Foundation Red Benches were encouraged to go ‘out and back’ to and from their community benches. The Red Bench Project was launched by the Red Rose Foundation in 2019, installing red benches throughout the community as permanent reminders that domestic violence occurs within our communities and that we have the power to change the ending.

Boulia Shire Council held its walk against violence on 10 December, where participants wore red shirts and hats, and concluded with a morning tea at the Shire Hall. 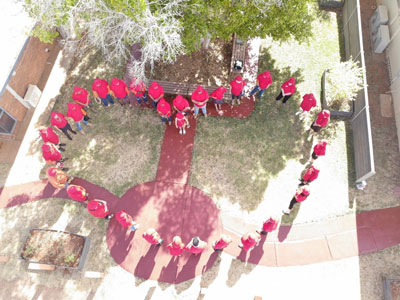 Bundaberg community members put on their joggers and gathered at Bundaberg’s newest Red Bench at Alexandra Park on 25 November to take a stand against domestic violence. Bundaberg now has four Red Benches as a permanent reminder that domestic violence continues to exist in our communities. Mayor Jack Dempsey addressed the crowd, saying that it was pleasing to see so many community members come together to take a stand against domestic violence. The participants made their way through the CBD before meeting for a prayer service and a moment of silence. 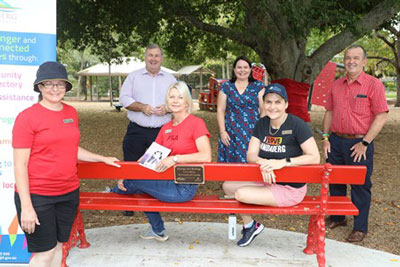 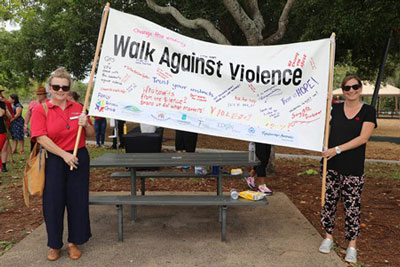 Livingstone Shire Council held two Red Bench Relays on 26 November 2020, where residents showed their support by taking part in one of the walks and wearing red.

Councillor Pat Eastwood said as the world retreated inside homes due to the lockdown measures introduced to curb the COVID-19 pandemic, reports showed an alarming increase in the incidence of violence against women.

Livingstone Shire Council is proud to currently have two red benches installed in its Shire. 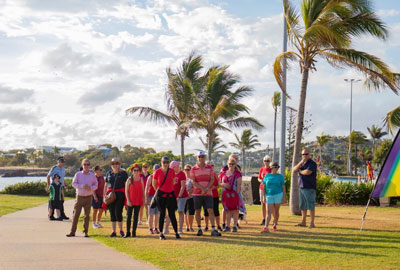 Council staff wore red and participated in a Red Bench Relay on 2 December 2020, with a 1km walk starting from Council Customer Service Centres across the council. South Burnett Regional Council currently have nine Red Benches, with many more planned. 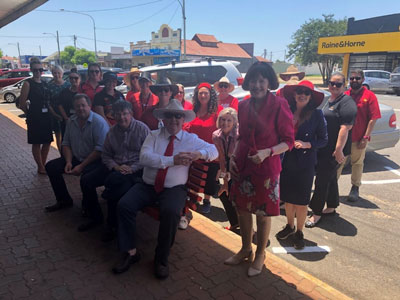 Townsville City Council’s walk against violence took place on 25 November, with council staff and residents tieing ribbons on the red benches located in the city. Each colour represented a different DFV awareness campaign: 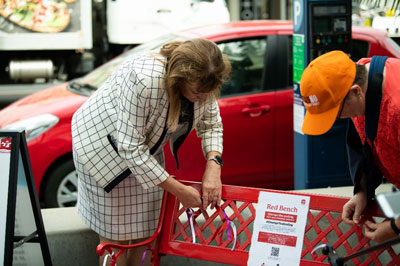 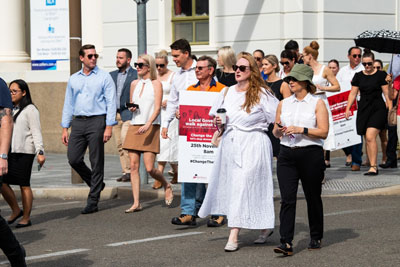 Whitsunday Regional Council staff participated in a walk against violence on 25 November 2020, wearing red and carrying red umbrellas. A video was also shared across the council’s social media platforms to ensure this important message remained visible. 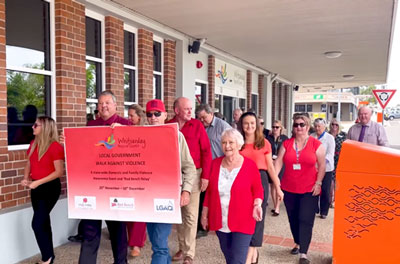 Winton Shire Council’s Relay commenced at its Red Bench on 27 November and concluded with a sausage sizzle at the local pool. The Aussie Hotel also donated coffee to participants of the walk against violence. 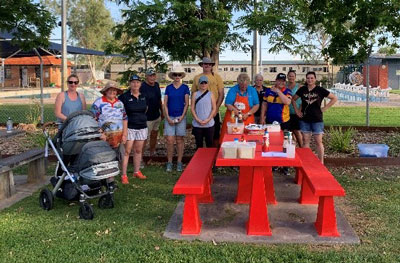 LGAQ staff took part in a Red Bench Relay on 25 November, starting from the red bench located at Local Government House, and back again. The walk took in scenes of the Brisbane river and a nice photo opportunity at Newstead House. The event was attended by Red Rose Foundation Founder and Director, Betty Taylor, and Bob Atkinson AO APM and Kay McGrath OAM from the DFV Prevention Council, along with LGAQ staff, children, and their dogs. 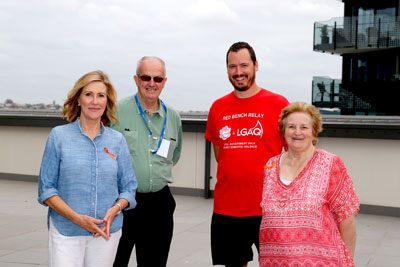 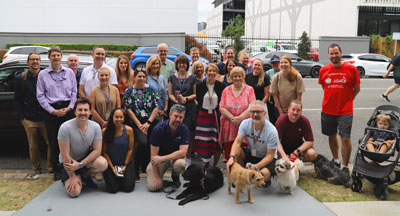 Jim Boden, the LGAQ’s Domestic Violence Project Officer, said “the LGAQ’s inaugural Red Bench Relay was a huge success and we plan to build on its foundation for 2021’s event and beyond.”

Thank you to those councils who took part in the 2020 Red Bench Relays. The LGAQ looks forward to seeing more councils participate in 2021.

The Red Rose Foundation continues its mission to have at least one Red Bench in every local government area in Queensland. Local, state and other community groups are invited to paint an existing public bench red that includes a plaque with the words: Domestic Violence: Let’s Change the Ending. Visit www.redrosefoundation.com.au to find out how you can keep this important issue visible in your community.