By Renee Dickens, LGAQ Project and Content Communications Officer
The remote Shire of Aurukun, situated on the western coast of Cape York in Far North Queensland, is renowned for its beautiful sunsets and the treasured traditional country of the Wik, Wik Way and Kugu people.
The shire is starkly different to many others in Queensland, due to its remoteness, and its population is among the most disadvantaged in Australia. The isolation of Aurukun creates challenges in attracting skilled workers, and the cost of materials and services is high due to crippling freight costs. Nonetheless, Aurukun still has ample potential for growth and prosperity. Aurukun actively promotes economic development opportunities within the region, including mining—and the infrastructure required to support the industry— employment and training, locally owned businesses, and the construction of tourism and community facilities.

Aurukun is a town and coastal locality in the Shire of Aurukun in Far North Queensland, Australia.

The newly elected Mayor, Keri Tamwoy, follows in the footsteps of her late mother, Alison Woolla, who provided support for members of her community when they were experiencing abuse, opening her doors and inviting them to stay with her. The Alison Woolla Memorial Award for Local Leadership in Preventing Domestic and Family Violence was created this year to acknowledge individuals who are making local contributions to the awareness and prevention of Domestic and Family Violence (DFV).
The award was presented at the Local Government Association of Queensland’s annual conference, where Mayor Tamwoy and Mayor Karen Williams of Redland City Council announced the inaugural award winners, May Ballie and Myrtle Foote of Pormpur Paanthu (Women’s House) in Pormpuraaw Aboriginal Shire Council. Congratulations May and Myrtle, and thank you for your inspiring work towards ending DFV.
Mayor Tamwoy, a member of the Putch Clan, was born and raised in Aurukun and was elected in 2020 to lead her community, along with new councillors Craig Koomeeta, Kempo Tamwoy, Delys Yunkaporta and Jayden Marrott.
“I am very excited to have an enthusiastic and dedicated team joining me and look forward to building strategies together that will bring about the change that the community wants,” Mayor Tamwoy said.
Referring to unfortunate events that took place on New Year’s Day this year (2020), including the destruction of properties by fire and riots that saw Aurukun residents flee, Mayor Tamwoy stated,
“my goal is to help restore peace in Aurukun and build a positive future for our young people to strive for.”
“Law and order is a major challenge and I want council to make this a priority, to support whole-of -community strategies like mediation, and addressing the home-brew problem.
“Housing and overcrowding is an ongoing issue and I will be advocating for the outstations to be opened so people who wish to live out on country can make it their primary place of residence.”
Mayor Tamwoy has started to address these issues, appealing to Aurukun residents and stakeholders to help develop a community safety plan, to document both the current and future response to community safety and improve the standard of living in the Aurukun township, which is home to more than 99 per cent of the shire’s approximately 1300 residents. The beauty of the region is on show, however, thanks to the annual ‘Living in Aurukun’ photography competition, which was won this year by Kendall Ryff who perfectly captured a beautiful Aurukun sunset.
Aurukun Shire Council Chief Executive Officer Bernie McCarthy PSM said, “this year’s competition produced excellent entries into a variety of categories.”

Kendall’s photograph titled Miriam Doing What She Loves, won the best photo of the competition, best photo by an Aurukun resident and the ‘activity’ category for capturing Miriam Peinkinna casting a net at Aurukun waterfront, looking towards the Gulf of Carpentaria during a stunning sunset. Kendall is a teacher at Koolkan Aurukun State School and Miriam Peinkinna is a student at Koolkan Aurukun State School.

“The photograph will feature on the cover of Aurukun Shire Council’s 2019-2020 Annual Report and other tourism and events publications for the council,” Bernie said.
It also graces the cover of the summer edition of  Council Leader (to be released the first week of February).
Kendall won a return airfare and cash prizes for his winning photograph, thanks to local businesses Kang Kang Café, BlackStar Radio, CBC Staff Selection, Sodexo and Skytrans who sponsored the competition, and kindly shared his cash prize with Miriam.
Residents of Aurukun are proud of their strong traditional culture, which includes Wik Mungkan as the main spoken language and stunning art that is still created today. The distinctive art is showcased in the Wik and Kugu Arts Centre and is held in high regard —and displayed in prominent museums  (including the Gallery of Modern Art in Brisbane), galleries and private collections around the country and across the world. 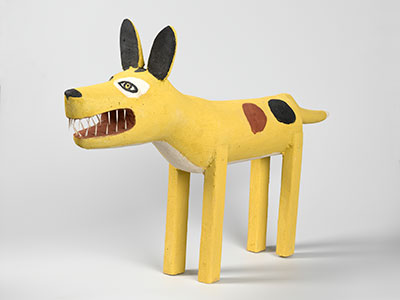 The Aurukun community’s cultural knowledge and willingness to share, coupled with the remarkable beauty of their country, make this one of very few remaining places where visitors can immerse themselves  in Aboriginal heritage and learn about the culture from the people, first hand. 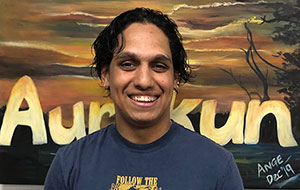 “I went away to boarding school and found there wasn’t much for the 12 to 18-year age group to do when they returned home from school.

“I want to encourage activities on country, sporting opportunities and training that will lead to jobs.”