The Blackwater Golf Club gets a makeover

The Blackwater golf course was visibly drought-stricken with players kicking the dust rather than putting on greens before council installed hundreds of sprinklers on the course.

Deemed a ‘hole-in-one’ solution the irrigation system reduces the amount of greywater released into a nearby creek from the town’s sewage treatment plant and makes it compliant with environmental legislation.

Carried out in three stages the entire irrigation project includes a local sports complex and nearby vacant land, but it’s the local golf club who are making the most of it. Aside from green fairways and greens, an eight-megalitre evaporation pond is a much sought-after feature for golfers who are challenged to tee off across its expanse.

Club President Darren Carpenter praised the collaboration with council and has big visions for the course being a recreational space that benefits the mining town’s community. 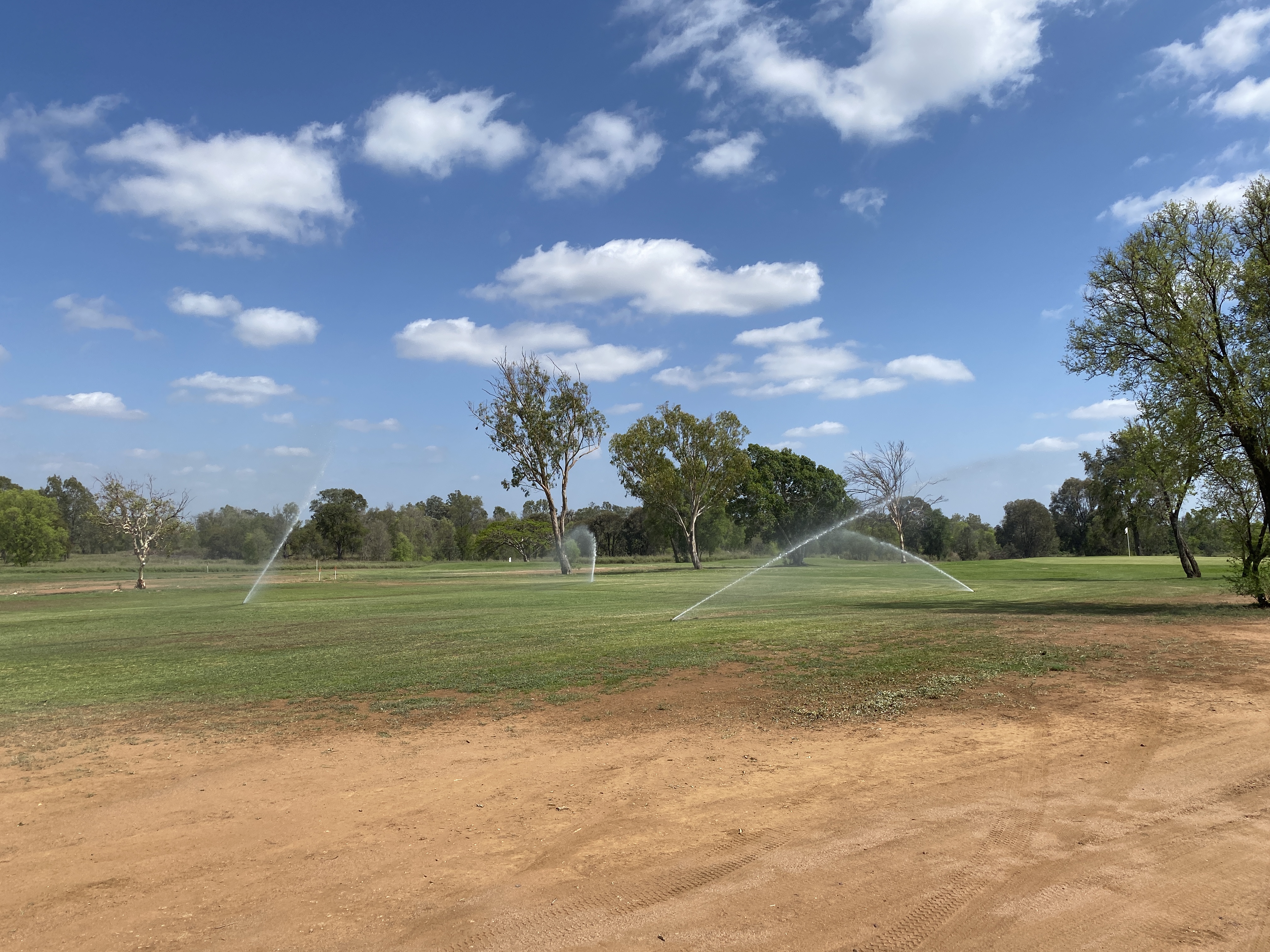 With sufficient community buy in the club plans to eventually mark out a park run track on the site.

Acting General Manager Infrastructure and Utilities Jason Hoolihan said, “It was an investment that paid off for council and the community.”

“Disposing of treated wastewater through irrigation is common practice and council was required to expand its irrigation system to comply with environmental conditions.” Mr Hoolihan said.

Blackwater now has almost 70 hectares of recreational space irrigated with treated wastewater at the Hunter Street sports complex and the golf course.

“With COVID restrictions shutting down most golf course activities in early 2020, council’s project engineer saw the perfect time to get the system installed on the course greens and fairways.”

Mr Hoolihan said the wastewater was treated and safe for irrigation.

See all the volunteers of the Blackwater Golf Club and army of mowers they need now.