Allen has more than 45 years’ experience working for the Queensland Government, including 15 years at the senior executive level.  Allen’s career began  as a tradesperson with the Department of Public Works, later progressing to the role of Director of Regional Operations for that department, before his most recent position of Deputy Director-General, Infrastructure and Coordination, Department of Aboriginal and Torres Strait Islander Partnerships Department.

In 2009, Allen led the establishment of the Program Office within the Department of Aboriginal and Torres Strait Islander Partnerships (DATSIP). Allen directed the whole of government coordination framework and an integrated capital works program to maximise local indigenous training and employment outcomes. He worked closely with Indigenous councils and their leadership groups on land administration matters and economic development opportunities.

As Deputy Director-General, Infrastructure and Coordination DATSIP, Allen was charged with  delivering economic and community participation outcomes for Aboriginal and Torres Strait Islander communities and individuals. Allen’s role with the LGAQ involves working with First Nation councils and supporting them in identifying and advancing their priorities. 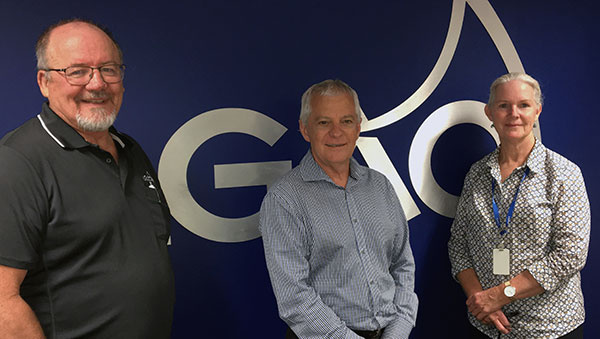 “As a former Deputy Director-General who rose through the ranks from his initial job as a plumber, Allen knows what makes state government tick.

“Allen has lived and worked in several regional and rural centres, including Rockhampton and Mount Isa, and now lives in Cairns where he will be based while with the LGAQ. This will enhance Allen’s accessibility to our member councils,” added Mr Hallam.

The LGAQ’s Workforce Executive, Tony Goode, applauded the creation of this new role, and Allen’s acceptance of the role saying,

“The LGAQ is extremely lucky to have gained someone with Allen’s intimate and practical working knowledge of the challenges of living and working in remote First Nation communities.

“His experience in delivering complex infrastructure and planning outcomes within the, at times, competing complexities of native title, resource shortages and affordability is invaluable.

“And you throw in his affability, and the confidence and trust that community and council leaders have in Allen personally - this makes Allen’s appointment a great asset for the LGAQ and member councils.”

In 2006, Allen was recognised for his significant contribution to the rebuilding of infrastructure affected by Cyclone Larry by being awarded the Order of Australia Medal (OAM).